Wild In The Country : Page 3 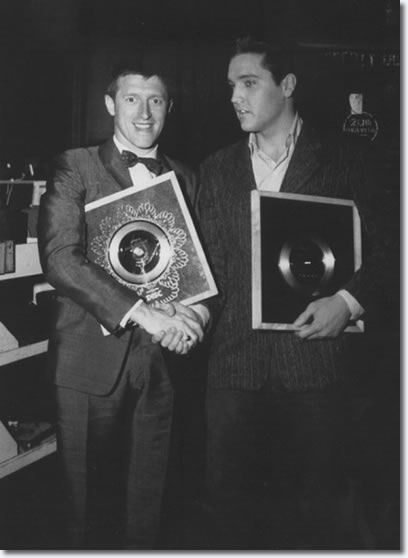 D.J. Jimmy Saville presents Elvis with a Gold Disc for 'It's Now Or Never'. Sir Jimmy Saville recalls to the visit : I remember my first meeting with Elvis, when I presented him with his first British-earned Gold Disc for 'It's Now Or Never' in the winter of 1960, while he was filming 'Wild In The Country' in Hollywood.I actually didn't have an appointment or even an address when I arrived in LA with that framed disc under my arm. I just had a scrap of paper with a phone number of the Elvis Presley office in Paramount Studios, so I dialled the number and someone answered. 'I've just popped over from England with this Gold record for Elvis', I said.

'You've what?' an incredulous voice replied, but nevertheless my enterprise got me an appointment for 3p.m. the following day. Not with Elvis, but with the 'fearsome' Colonel Parker. 'You're late boomed the Colonel at 3.30p.m. when I arrived at the studios. 'It's 6,000 miles' I protested, 'And the traffic was bad!' From that moment Colonel Parker and I became friends, or rather, he was the professor and I was the pupil.

'Bring the boy', the colonel said to one of his assistants - and five minutes later I was shaking hands with a legend and having my photograph taken with Elvis - the first DJ ever to be allowed that privilege.

They actually stopped work on the film, for me to make the presentation of the Gold Disc.

Elvis said, 'Gee, isn;t it fabulous?' and then did something quite unexpected. He danced around the set, clutching the latest trophy in his hands and showing it to everyone - artistes, technicians and studio hands, even as we chatted he wouldn't put it aside or give it to someone else to take to his dressing room. 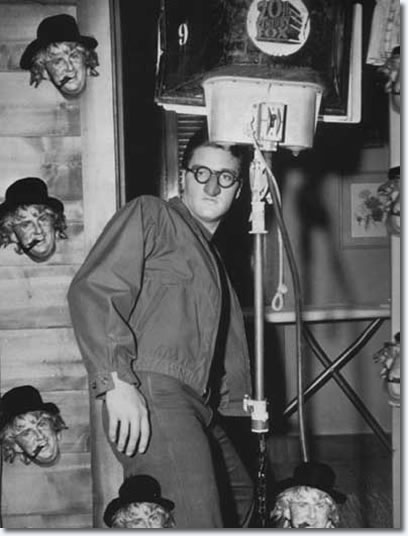 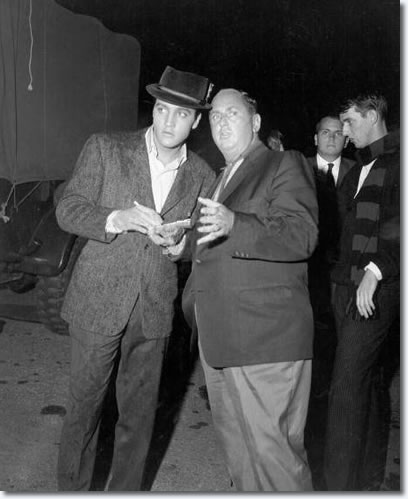 Elvis Presley and Colonel Parker on the set of 'Wild In The Country'.

Red West : I played Elvis' brother, Hank Tyler, in 'Wild In The Country'. Elvis was pretty close to Tuesday Weld,he dated her for a while,she used to come out to the house. Millie Perkins was kind of shy, but Hope Lange and Tuesday and everybody got along fabulously. Elvis respected all those people. Philip Dunn, the director was a real nice man. He added something for me as Elvis' brother in the courtroom scene.

I had my first film line in that movie. I'd rehearsed and rehearsed all weekend, but when they said, 'Roll 'em' and Hope Lange stepped in front of me, I couldn't think of my name. Elvis laughed like hell. He was always looking for something to laugh at,some way to make fun of you. We had a real great fight scene. It had kind of got 'round that Elvis was doing some great fight scenes without using a double. It was always him and me. 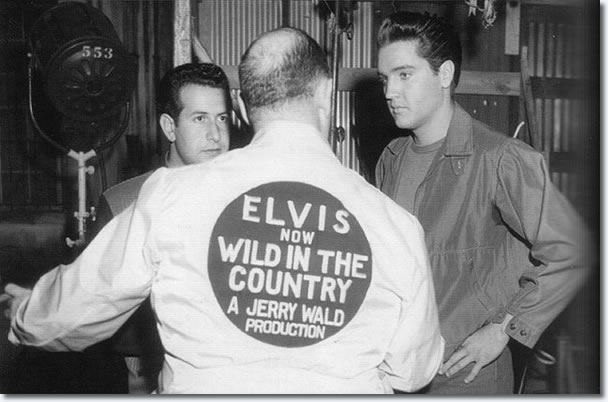 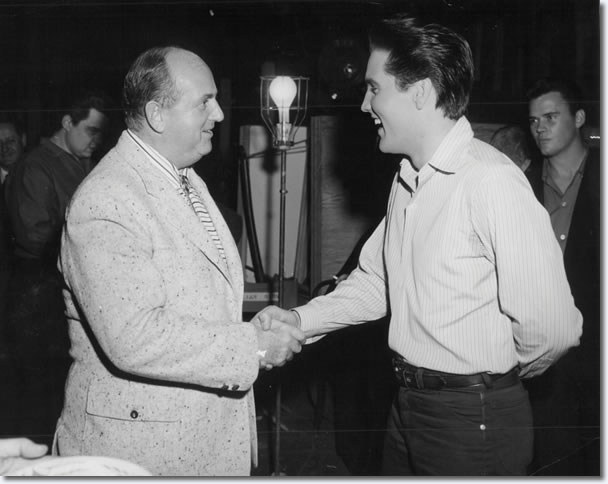 Elvis shakes hands with Colonel Parker, Friday January 6th 1961 - on set Birthday celebrations for Elvis 26th Birthday. Lamar Fike is on the left of frame and Sonny West on the right of frame. 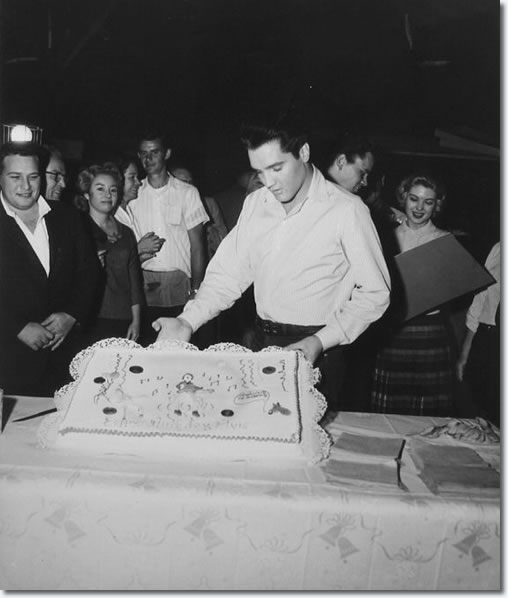 Alan Fortas is on the left of frame. 'Happy Birthday King Karate' is the message seen on the cake. 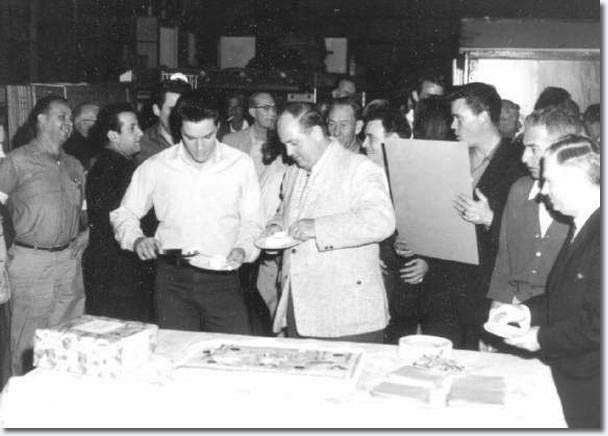 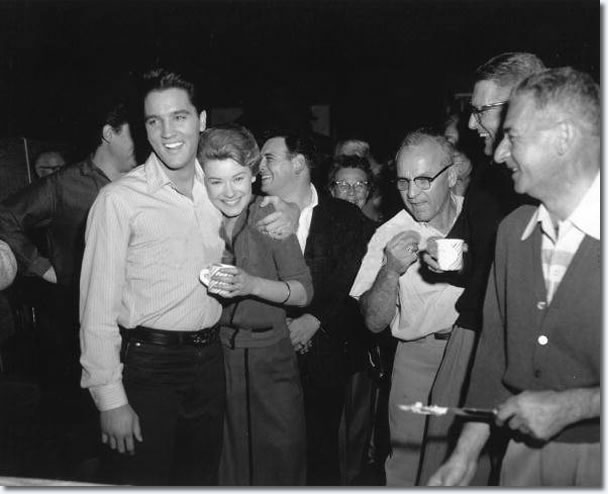 Elvis Presley and co-star Hope Lange, Alan Fortas is standing behind, in the background.

Alan Fortas : That January,when we went back to re shoot the ending,the studio threw Elvis a 26th birthday party, and photographed a bunch of us standing around eyeing the cake.

Afterwards Elvis sat at a small table at the motel and signed pictures for all the local kids who hounded him for autographs while he was making the film. He must have signed for four or five hours. 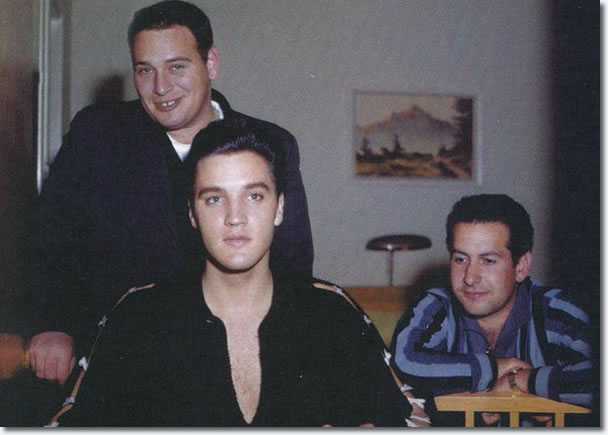 Elvis in the motel room with Joe Esposito to his left and Alan Fortas standing behind, January 1961. 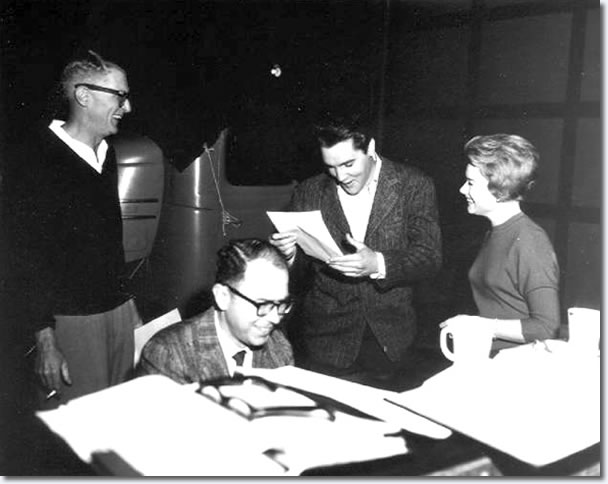 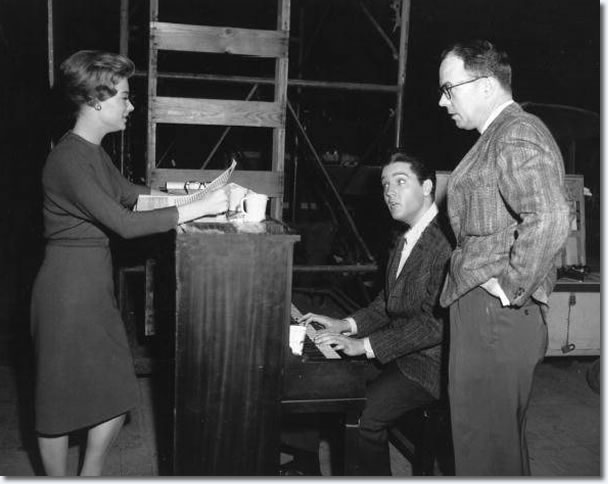 Hope Lange holds a sheet of music whilst Elvis is sat at the piano, Fox Studios. This could possibly be a run through of (the movie set) recorded number 'Husky Dusty Day'. 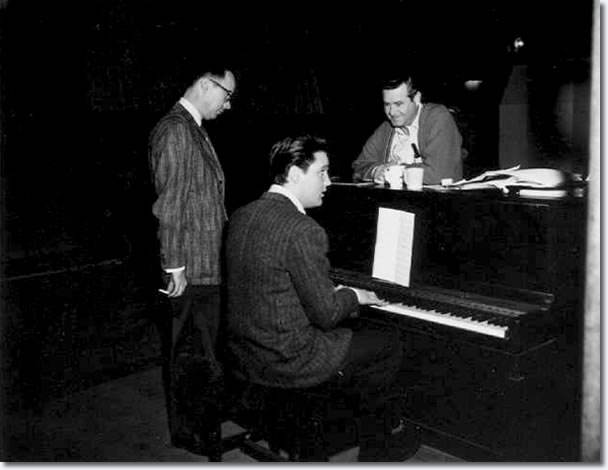 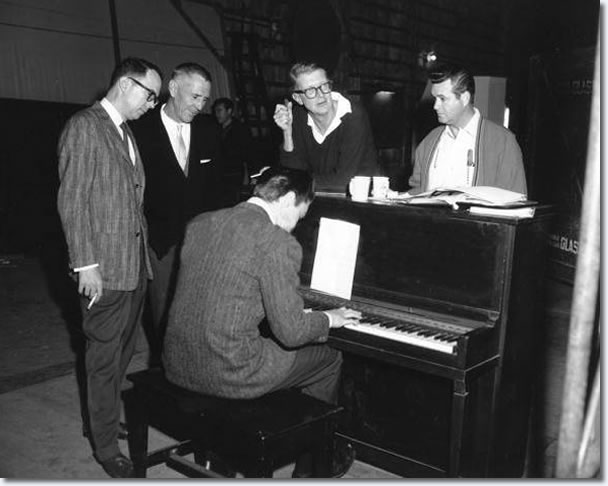 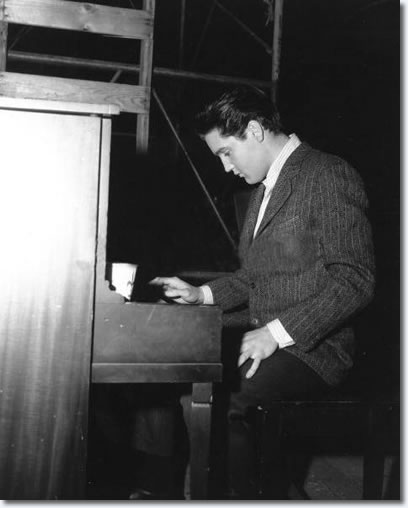 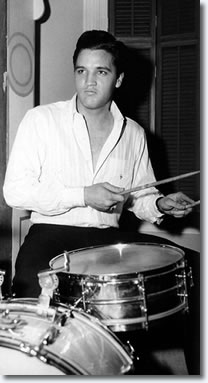 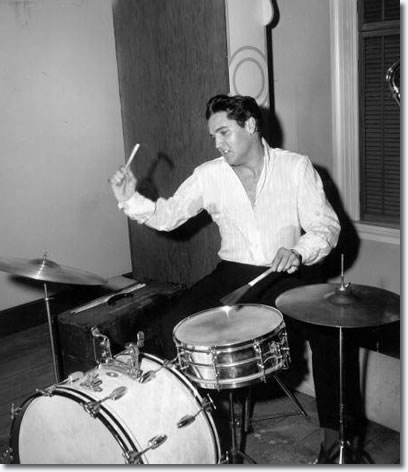 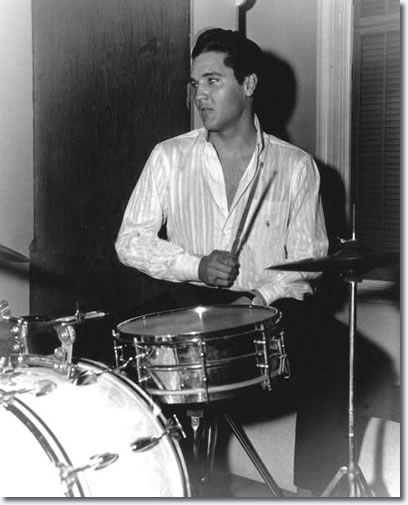 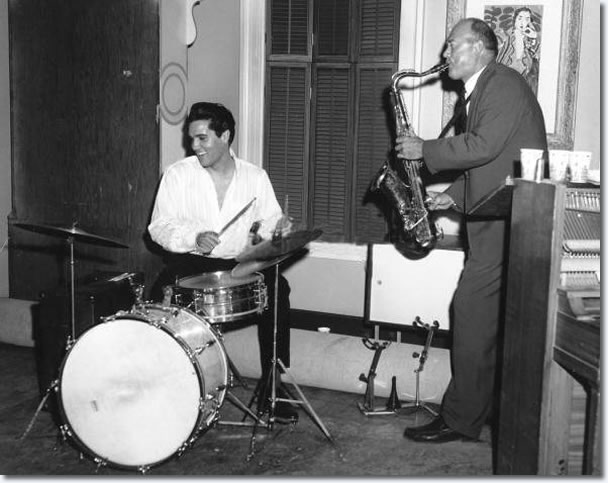 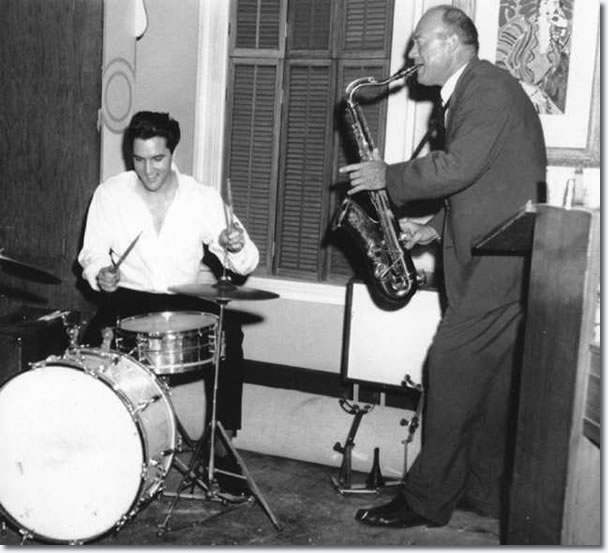 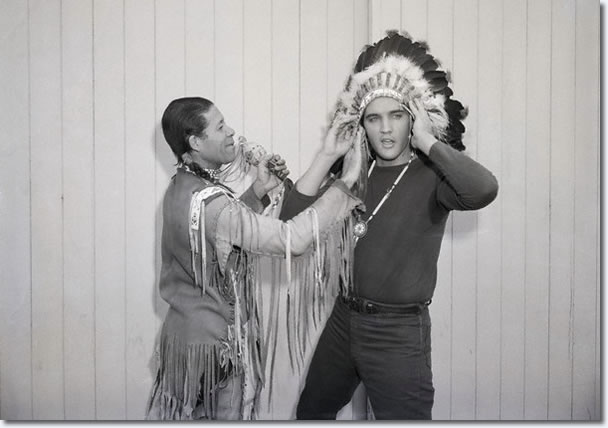 Elvis Presley is inducted into the Los Angeles Tribal Council by Chief Wha-Nee-Ota for his 'constructive portrayal of a man of Indian blood' in Flaming Star. Picture taken around 19th-23rd December 1960. 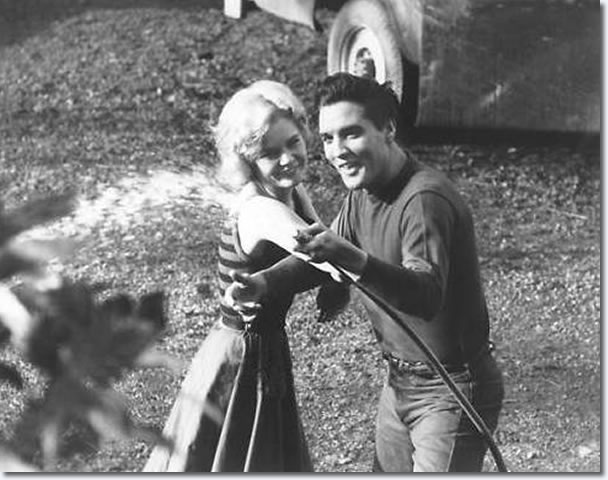 Tuesday Weld and Elvis in the hose scene, which reveals that the scene was shot using a 'Day for Night' method. There were minor problems during the shoot including a new studio policy that limited filming to thirty-seven days instead of fifty, causing the production to run over schedule. Elvis therefore returned to Memphis by plane on the 23rd December 1960,for the christmas break before returning to Hollywood on January 2nd 1961.

Wild In The Country : Page 3