Hal Wallis barely had G.I. Blues in production when he learned that Colonel Parker had negotiated with 20th Century-Fox for Elvis to do another picture. Parker was within his rights according to the contract, but the Colonel's timing irritated Wallis. G.I. Blues and Flaming Star were both released during the 1960 holiday season, and thus competed with each other for the Presley film audience. The outcome, however, fully vindicated Wallis's vision of how Elvis should be used in films. The light, musical comedy G.I. Blues was a big hit, while the dramatic Western 'Flaming Star' struggled at the box office. 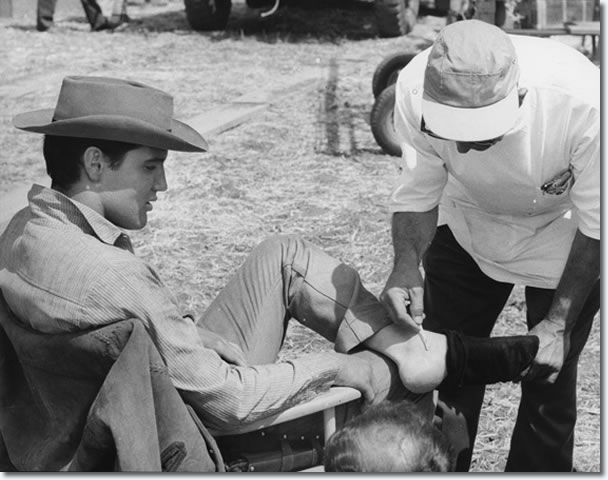 Elvis has a cut on his ankle attended to on the set of Flaming Star. 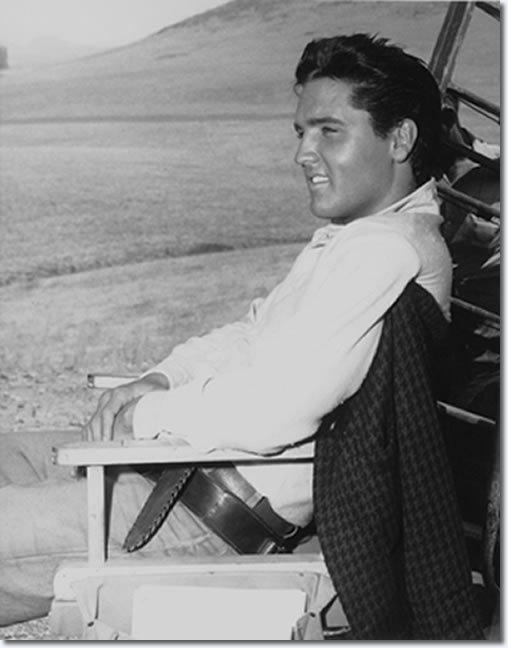