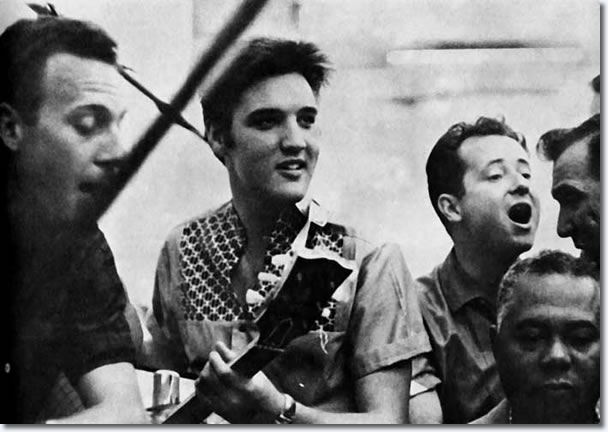 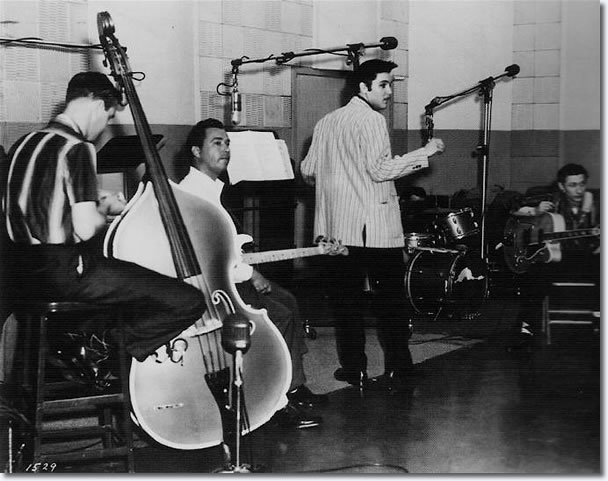 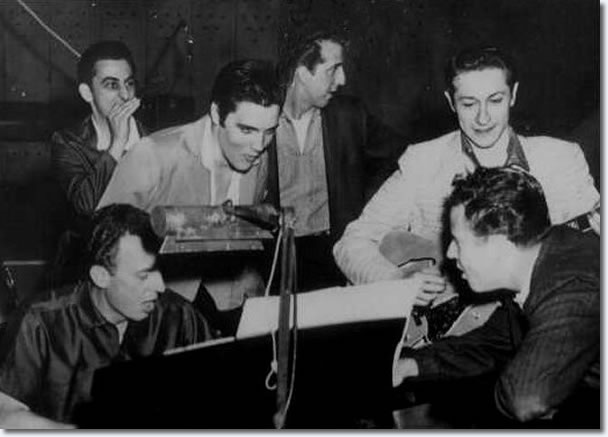 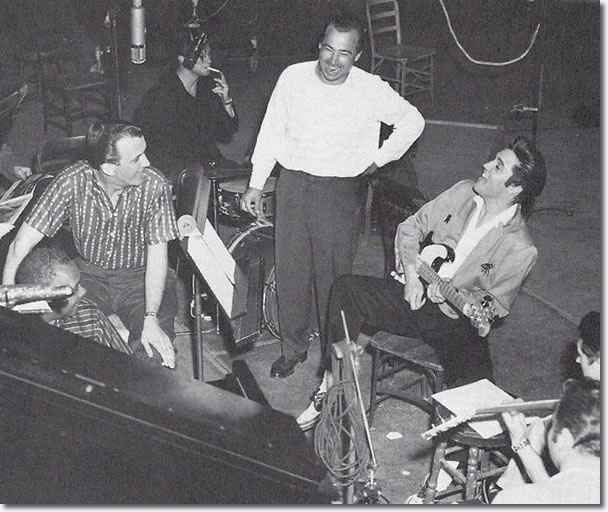 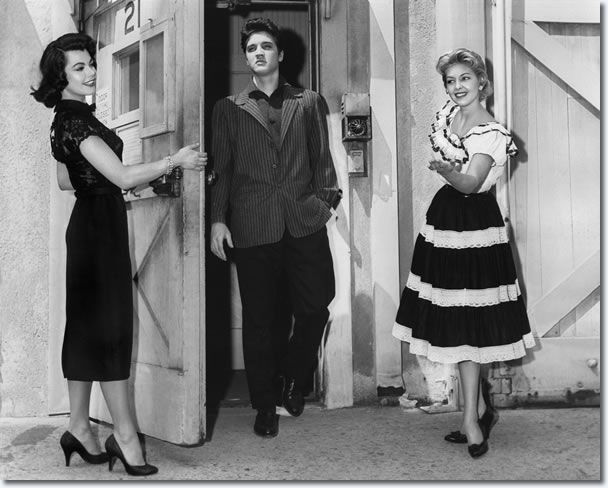 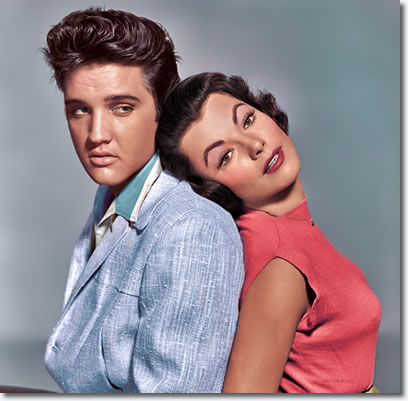 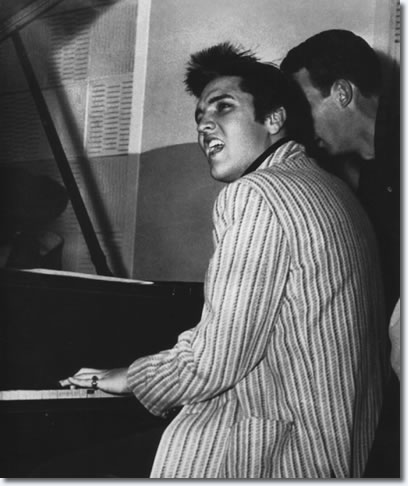 Elvis at the Piano - The Jailhouse Rock Sessions

George Klein: On 'Baby I Don't Care' The Fender electric bass had just come out at that time, and Bill Black was using the upright bass. In live concerts you really couldn't hear the upright, they couldn't mike it up well cause the sound systems in those days weren't very good. So it was really just for effect. When the Fender bass came out it was electrified and Elvis loved it because it'd be great in concert - it gave him a bass sound behind him. So when it first came out Bill Black had to learn how to play it,and he was having a little trouble,and on the 'Jailhouse Rock' session ,when they got to 'Baby I Don't Care' and the intro that's on there, Bill couldn't get it down like Elvis wanted it, so Elvis played it. He recorded it then he sang over it. I think he played guitar on 'One Night' too, I'm not sure, perhaps Scotty played that ... 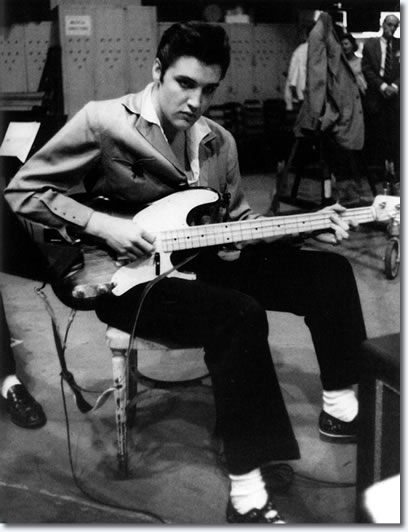 Elvis with an electric bass - The Jailhouse Rock Sessions.