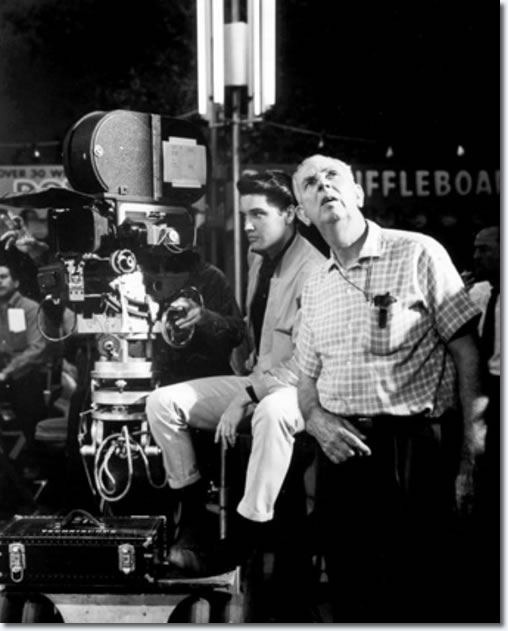 Elvis Presley during filming of Roustabout with Chet Stafford, chief gaffer on the film, who spots the lighting. Filmed in Technicolor and Technicscope, 'Roustabout' was a Hal Wallis production starring Presley and co-starring Barbara Stanwyck, Joan Freeman and Leif Erickson. John Rich directed. 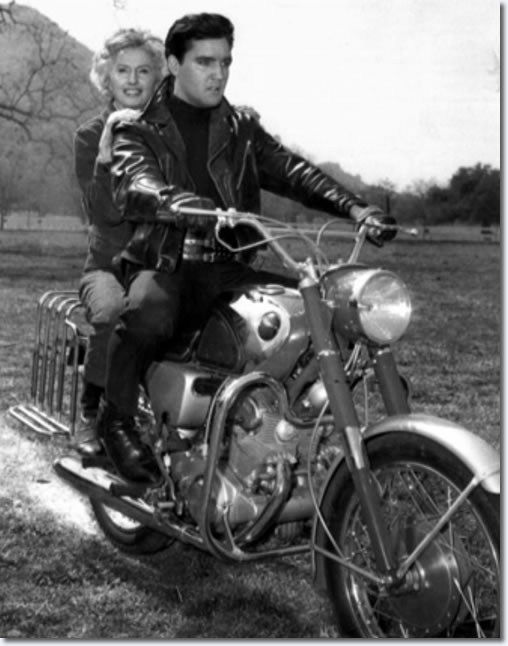 When Elvis Presley, who rides a motorcycle in current film, 'Roustabout', learned co-star Barbara Stanwyck could ride a motorcycle, Elvis promptly hoisted the four-time Academy Award nominee aboard a motorcycle built for two and they were off in a cloud of dust to the amazement of everybody March 20, 1964, in Thousand Oaks, Calif. Elvis and Miss Stanwyck are shown in a cow pasture where the film company was on location. (UPI)