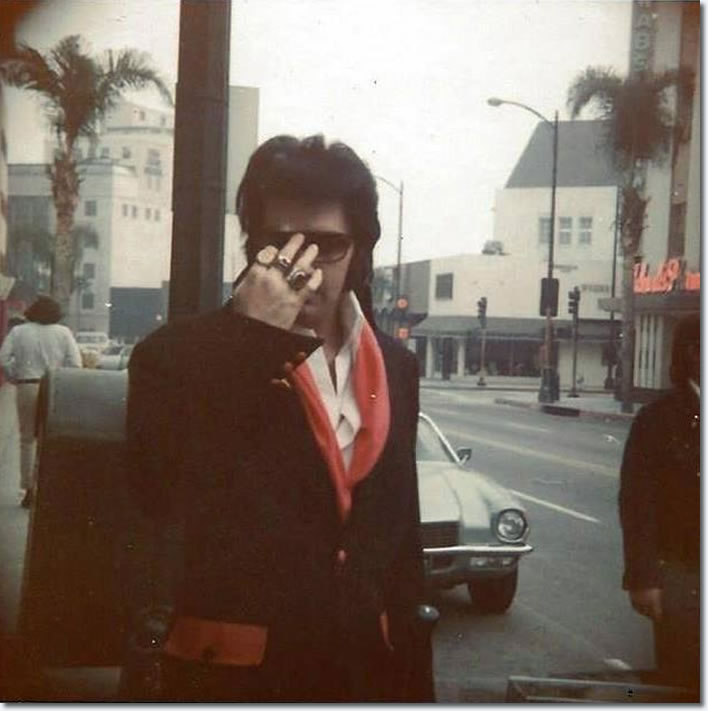 Elvis Presley. Possibly from in or around April of 1971 in Beverly Hills. Elvis had just visited the eye doctor.. View larger image. 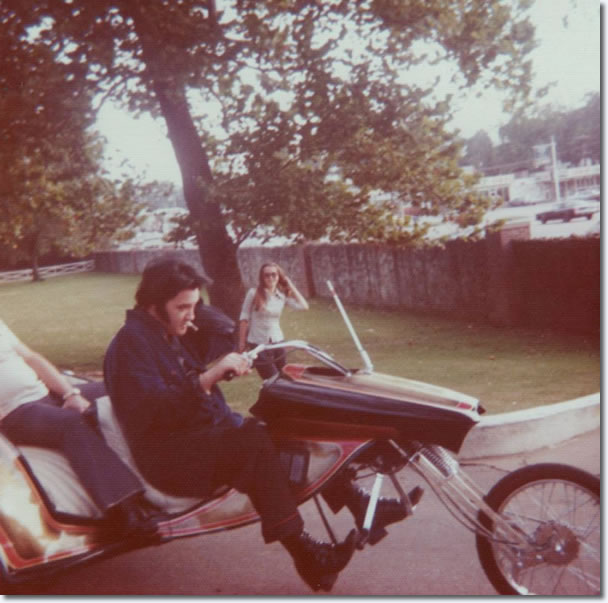 Only Elvis Presley could make this work, out for a ride wearing his pajamas. View larger image. 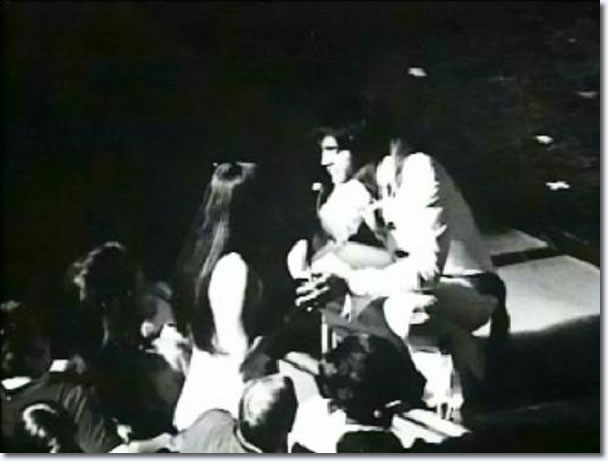 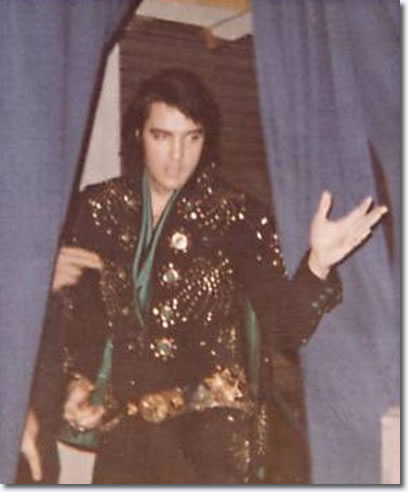 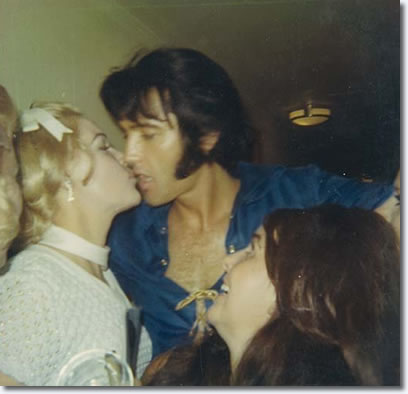 Elvis Australia club member, Mickie M. Malbrough being kissed by Elvis, after she thanked him for the photo(s)
This photo was taken in Mobile, Alabama the last night of Elvis' come back tour in September 1970. 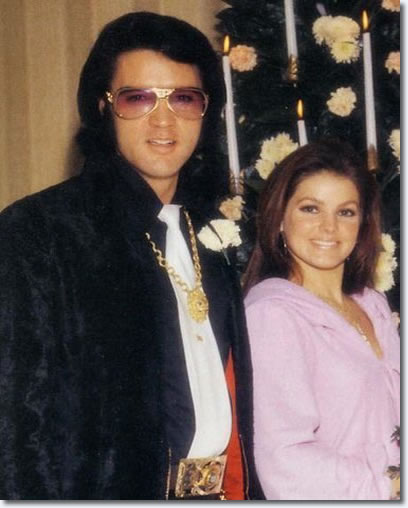 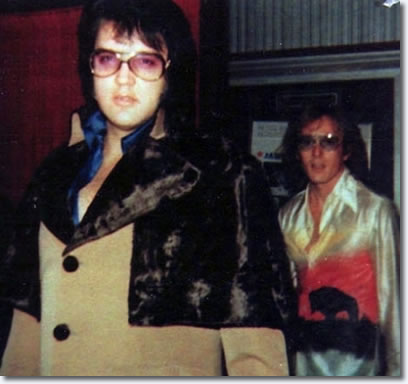 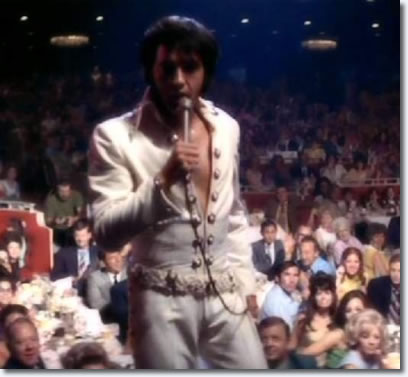 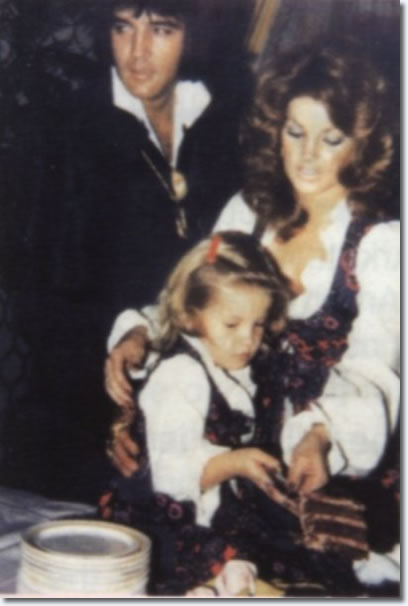 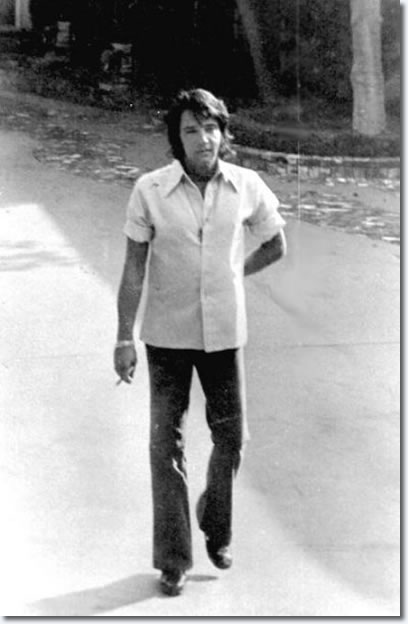 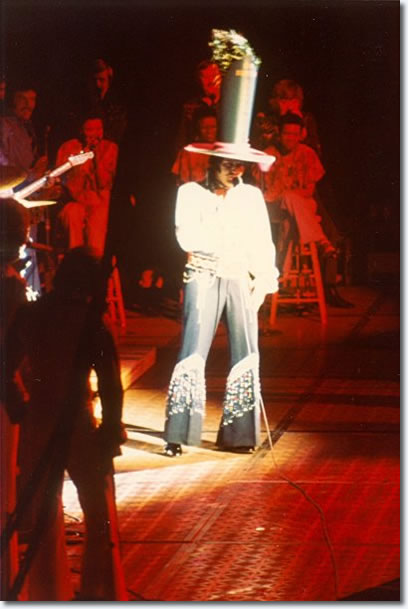 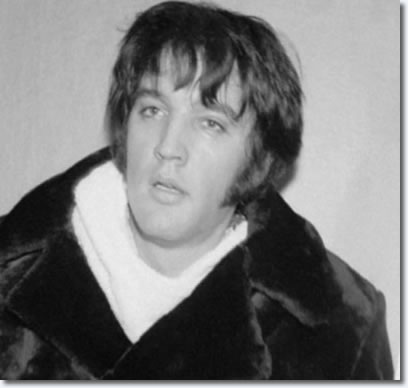 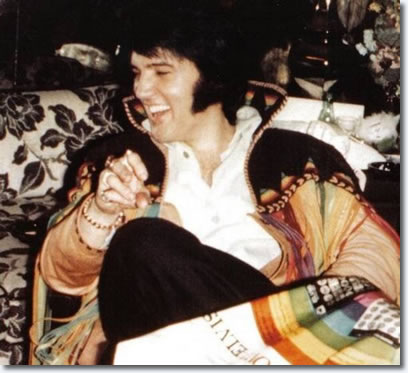 Elvis Presley. View a larger image + another photo from this day. 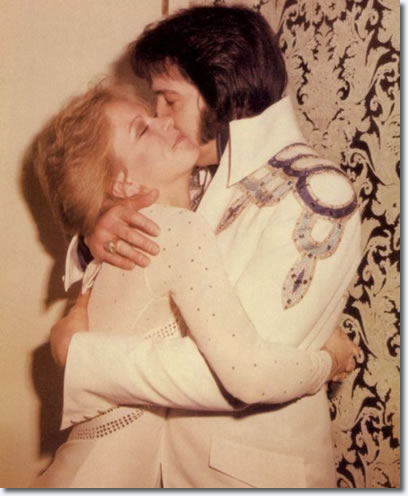 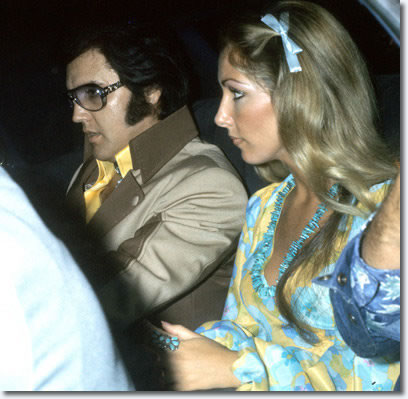 From the Book, Elvis Images II.

Linda Thompson and Elvis Presley : Gospel Convention, sometime in the fall of 1972