October 15, Back in Memphis Elvis attends the Gospel Quartet Convention at Ellis Auditorium where he is introduced to the crowd by Blackwood Brothers leader James Blackwood.

October 17, Elvis returns to the Quartet Convention, where he forms an impromptu quartet with James Blackwood, Statesmen founder Hovie Lister and bass singer J.D. Sumner and has his picture taken backstage. 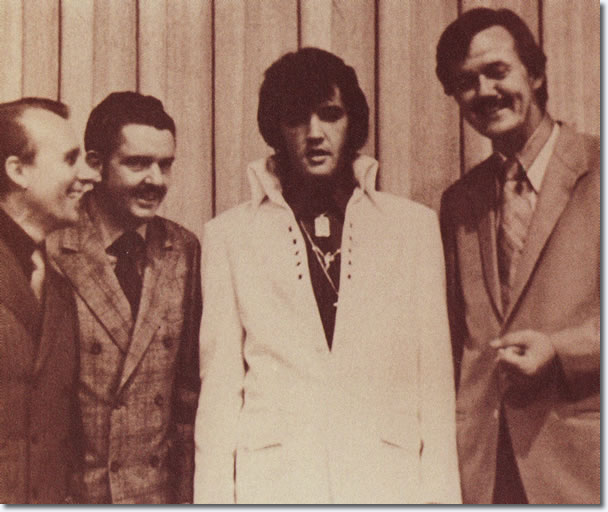 Linda Thompson and Elvis Presley - Gospel Convention, sometime in the fall of 1972