No one can deny that Pearl Harbor is a big part of the American history. Its name is forever linked to the attack on the American fleet on December 7th 1941. In memory of the more than one thousand U.S. sailors that lost their lives that day, the USS Arizona Memorial was established. For years the funds ware struggling, until in 1961 Elvis & his manager pushed the project the right way by organizing a charity fund-raiser.

Thanks to this contribution the Memorial was built.

On August 15, 1965, while on location in Hawaii for the movie Paradise Hawaiian Style, Elvis, Vernon and Colonel Parker visit the U.S.S. Arizona memorial to lay a bell-shaped wreath designed by Colonel Parker and containing 1,177 carnations, one for every serviceman who lost his life aboard the ship.

Photographers and reporters rushed in to record the event, but Elvis sent them away.

He did not want his visit to the memorial to become a publicity stunt. 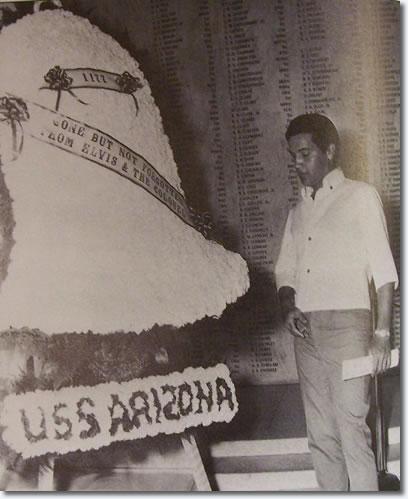 There were 1,177 carnations used in the bell shaped wreath,
one for every serviceman who lost his life aboard the Arizona. 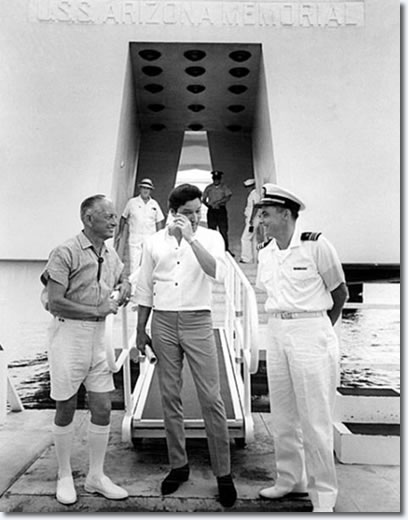 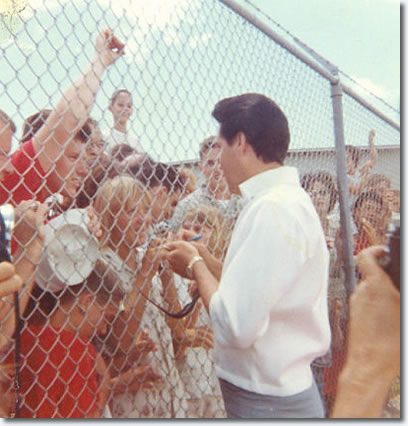 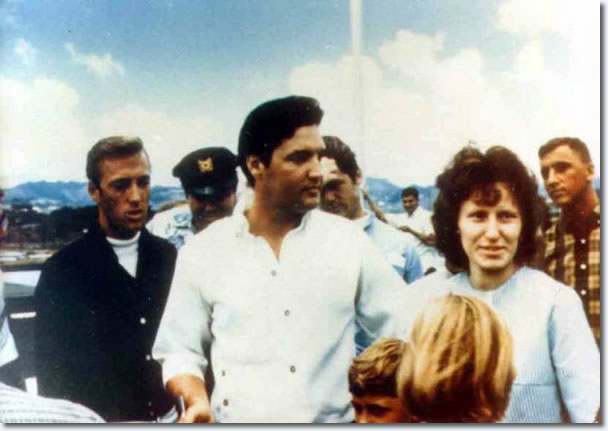 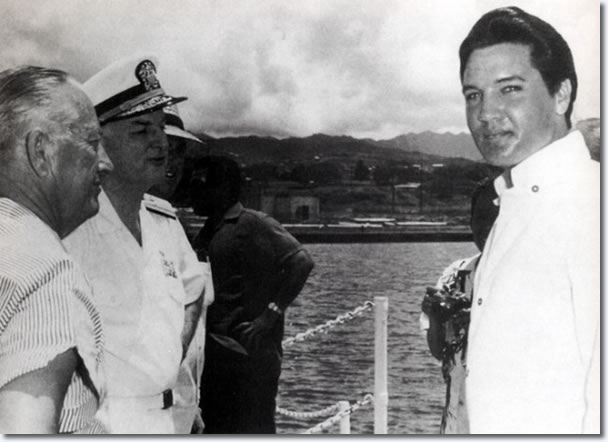 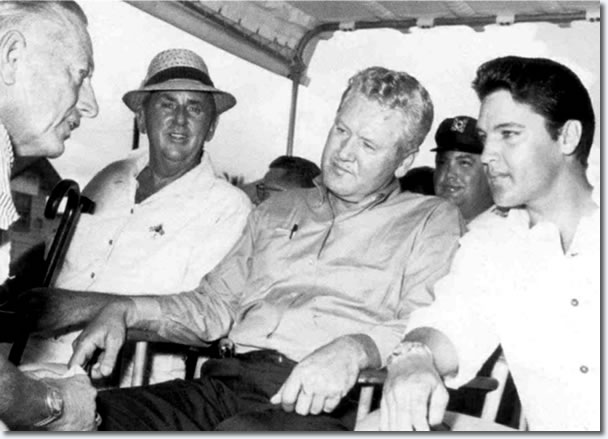 During a holiday to Hawaii in May 1968, Elvis, Priscilla, Joe Esposito, Charlie Hodge visit the memorial. 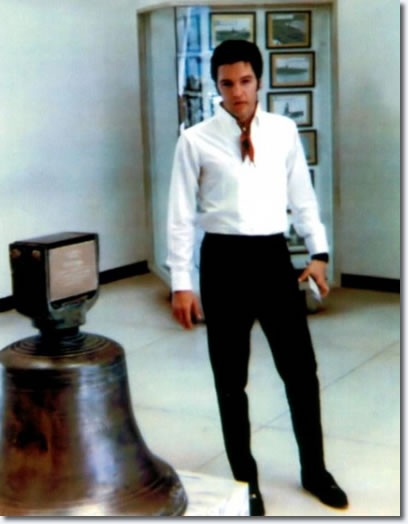 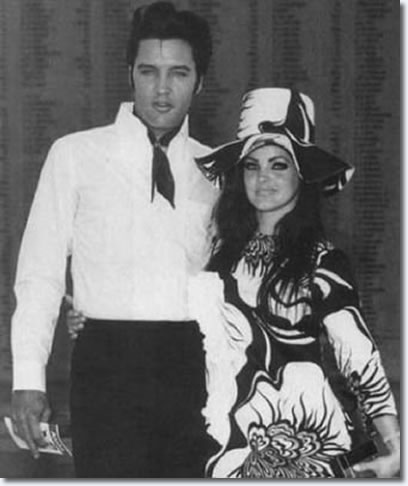 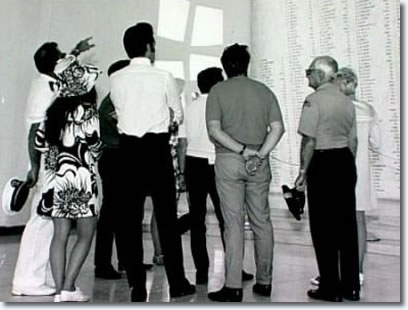 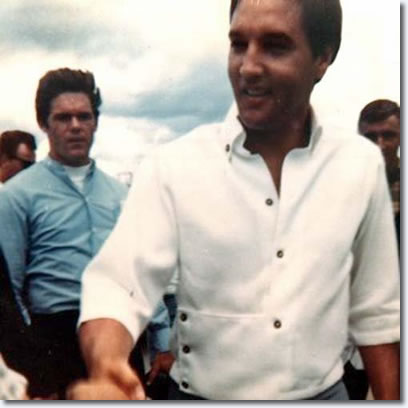 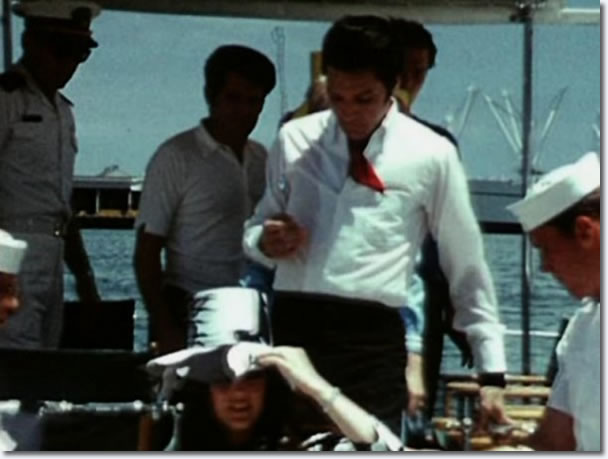 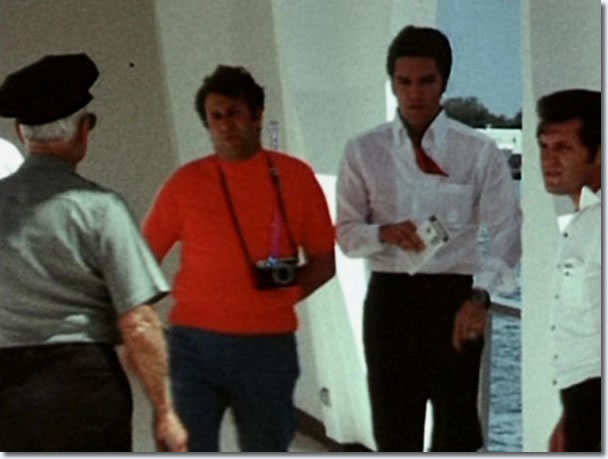 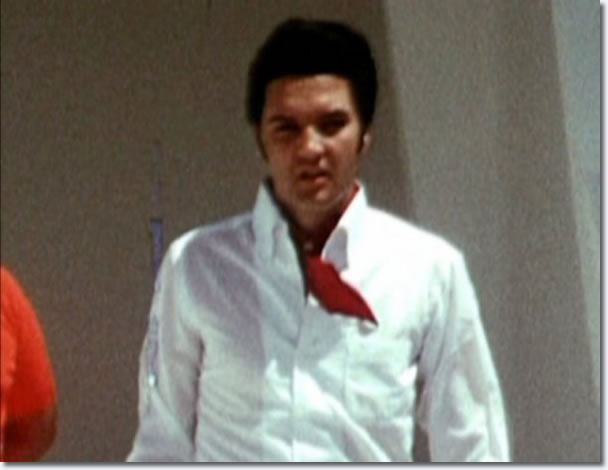 Next: Elvis on Holiday, Vail Colorado