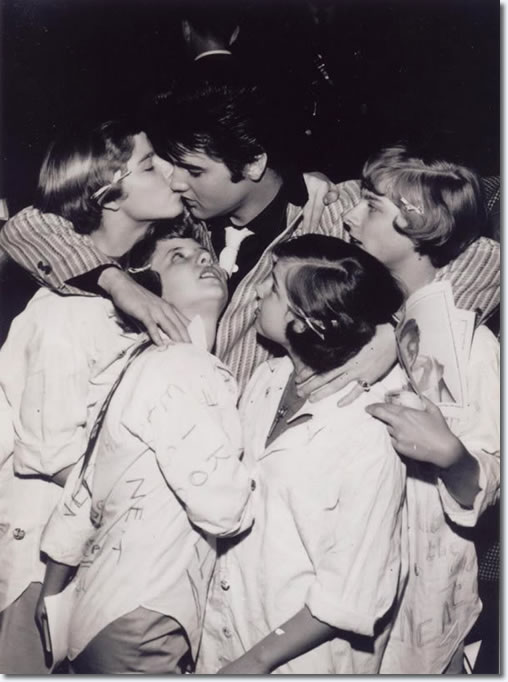 Elvis Presley in St. Louis March 1957, with some local fans.