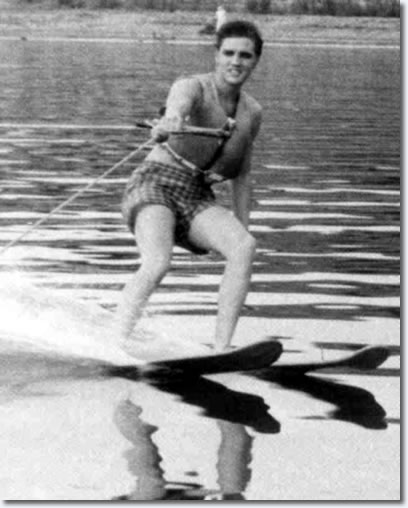 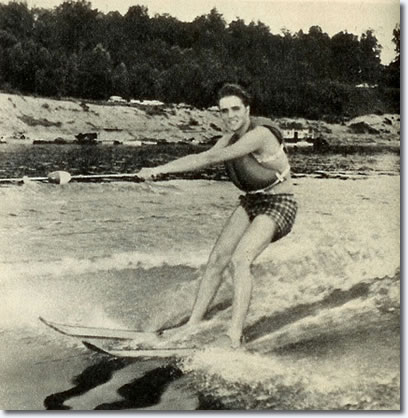 June Juanico: Elvis had mentioned his love for water skiing to Eddie, and wanted to hire a boat for the day.

He didn't care to go on a specified route, with a ski instructor, for a ten-minute ride.

He wanted to go it alone for as long as he pleased. Eddie, along with a friend, drove in the driveway pulling a boat behind the car. They launched the boat across the bayou with Elvis, extremely sunburned from the fishing trip, wearing a long-sleeve shirt and long pants to protect his tender skin from the sun.

I sat on the bank with his mom and dad, and we watched the boys skiing up and down the bayou. Eddie, riding in the boat, took some shaky, out-of-focus movies for us to laugh about later. 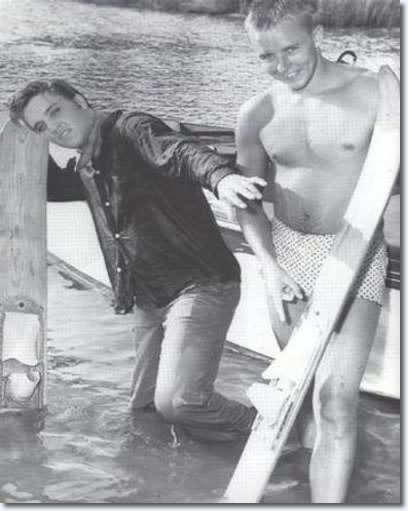 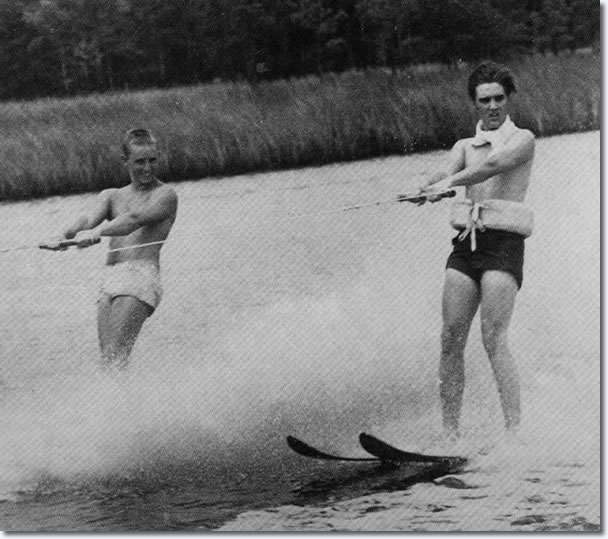 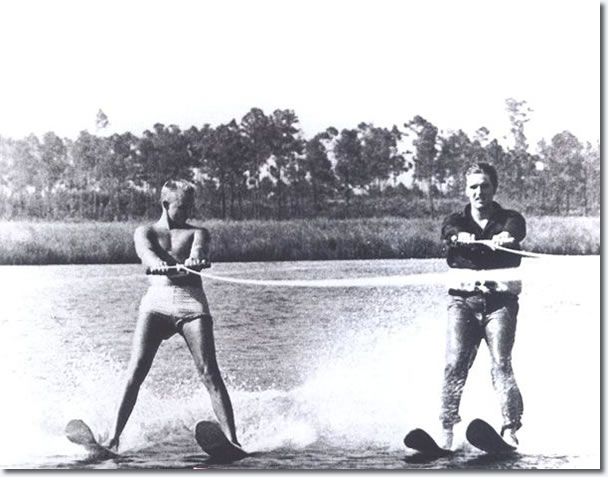 After skiing, Eddie joined us for a pool-side lunch, along with Elvis' mom and dad and the rest of the gang. Elvis kept insisting he wanted to do something nice for 'Mr Bellman', and finally Eddie - insisting Elvis call him 'Eddie' - came up with the idea of Elvis making a personal appearance at his downtown Biloxi shoe store.

Elvis kept insisting he wanted to do something nice for 'Mr. Bellman', and finally Eddie - insisting Elvis call him 'Eddie' - came up with the idea of Elvis making a personal appearance at his downtown Biloxi shoe store. 'I'd be happy to, Mr. Bellman, I mean, Eddie, just let me know when'. 'I'll talk to my partners, Elvis.

On Wednesday afternoon, August 1, Elvis did a promotional appearance at the store.