Elvis Presley's appearance on Wink Martindale's 'Dance Party' on June 16th, 1956 - the other guest during the first part of the interview is Dewey Phillips. 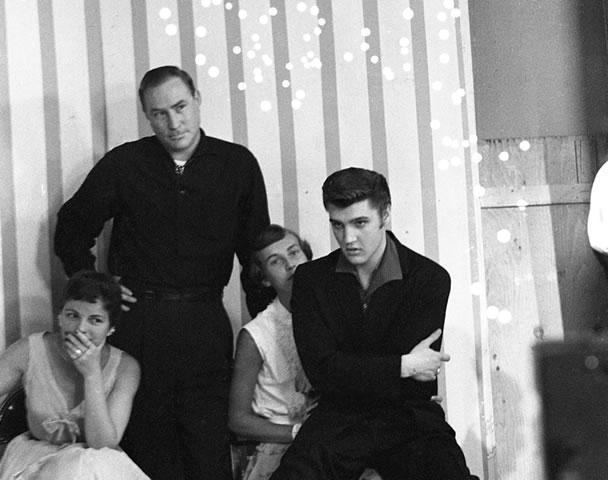 What is an Elvis Presley?

Elvis, Scotty, Bill and DJ performed two shows at the UD Fieldhouse in Dayton | May 27, 1956

Elvis performs with The Statesman Quartet at Ellis Auditorium | July 27, 1956

Who The Hell Is Elvis Presley? By Leonard Bennett Cabaret, August 1956

Elvis Presley Asleep In Flight | Back To Memphis September 23, 1956

Natalie Wood and Elvis Presley outside the Hotel Chisca | October 31, 1956

What is an Elvis Presley?

Elvis Presley December 11, 1956 | Mobbed by fans in Memphis after running out of gas

The Movies In Photos