Janet Fulton was only 13 years-old when she attended Elvis' Canadian Ottawa concert on April 3rd 1957, despite her family having great reservations. One of the highlights of her life was not only meeting Elvis but also being kissed by him, as shown in these famous photos. 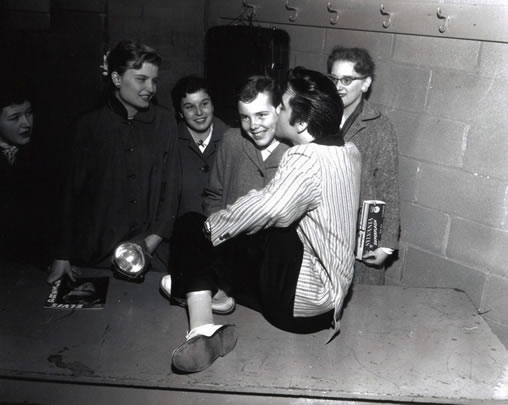 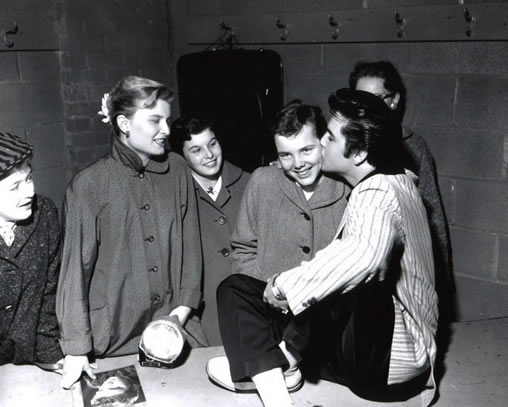 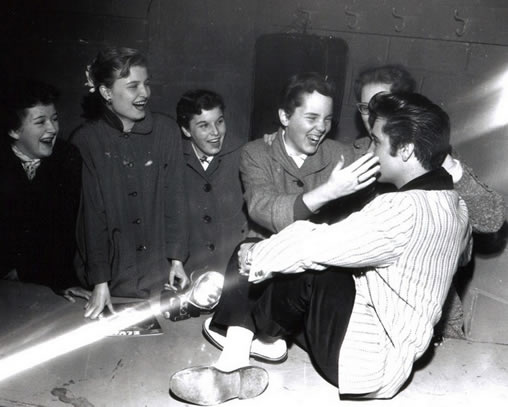 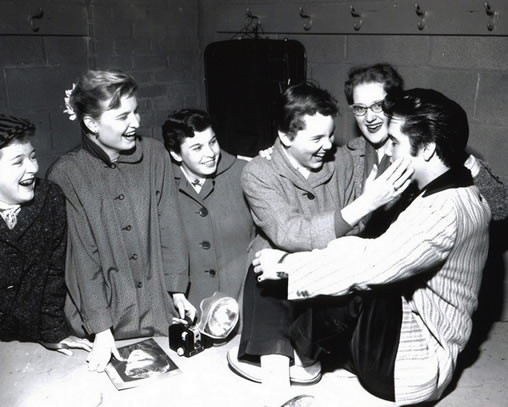 Elvis Presley | Arriving at Ottawa's Union Station on the morning of April 3, 1957

Elvis Presley displays the toy pistol that caused him some trouble | March 22, 1957

May 1957 | The Jailhouse Rock Recording Sessions

The Movies In Photos