Gary Player gives some golf pointers to Evlis Presley on the Paramount set of Blue Hawaii in 1961.

Producer Hal Wallis slated a screen test for the golfer later that year.

Player was leaving May 9 for Fort Worth to get ready for the Colonial Tournament. (UPI) 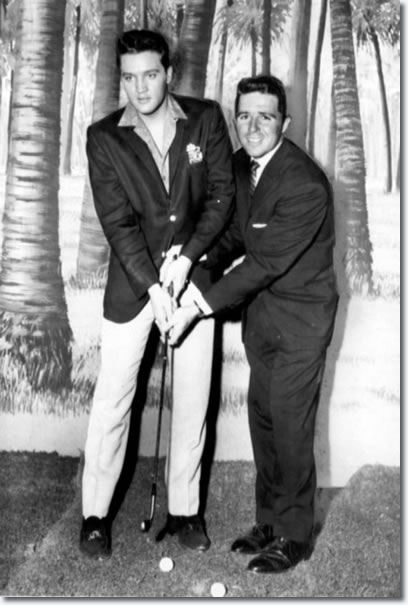