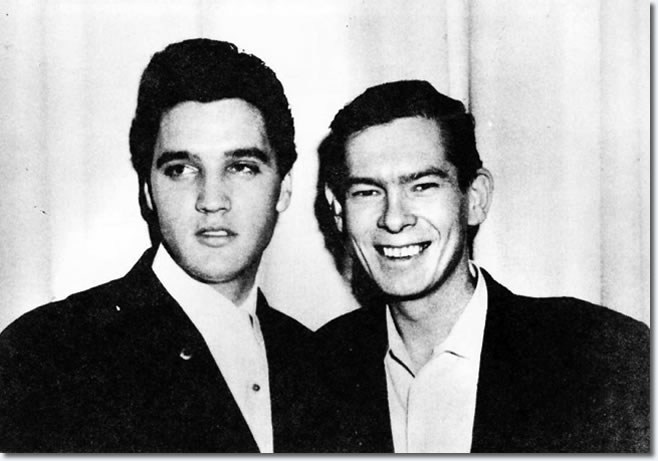 Elvis and Johnnie Ray, January 1962 : Backstage after Ray's Opening at the Dunes Hotel.

Marty Lacker : Elvis had Joe make reservations to see Johnny Ray at the Hacienda Hotel,and when twelve guys who all looked alike arrived in black limousines and black mohair suits and sunglasses,people started to stare,and somebody yelled out, 'Who the hell are they, the mafia?'

January 28, 1956 : Tommy Dorsey introduced Cleveland disc jockey Bill Randle, who, in turn, introduced Elvis to his first national audience by saying: 'We'd like at this time to introduce to you a young fellow who, like many performers, Johnny Ray among them, came out of nowhere to be an overnight big star.

This young fellow we saw for the first time while making a movie short. We think tonight that he's going to make television history for you. We'd like you to meet him now - Elvis Presley'.