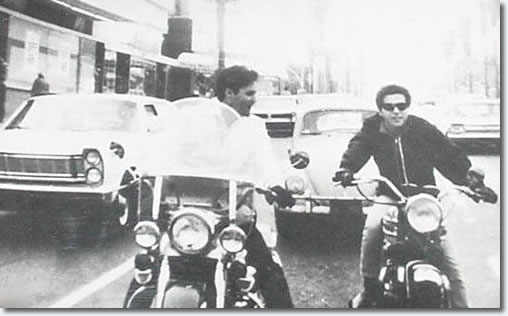 Elvis with singer Johnny Rivers in Los Angeles. Story is that two fans were riding in the backseat of a car and looked back and saw Elvis and Johnny Rivers and snapped the photo. 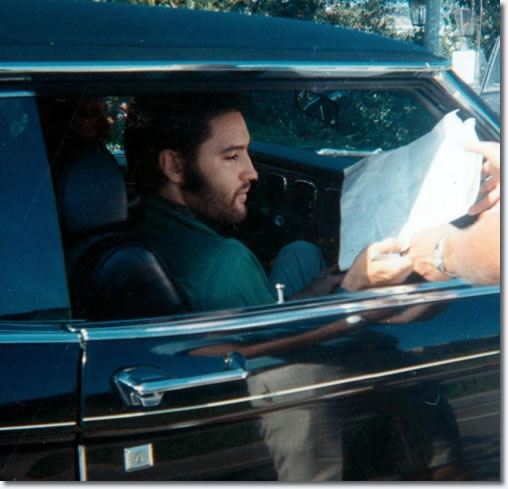 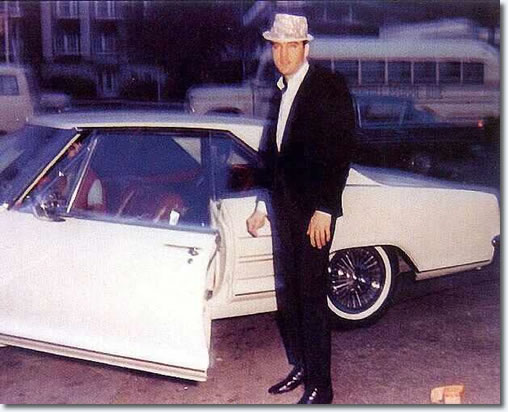 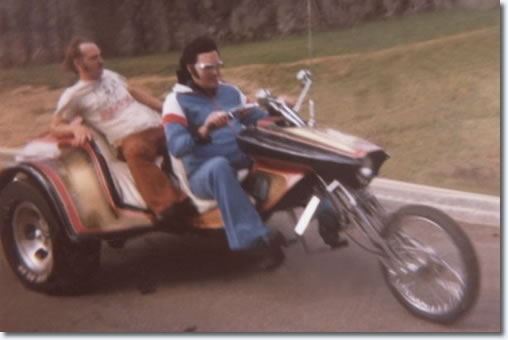 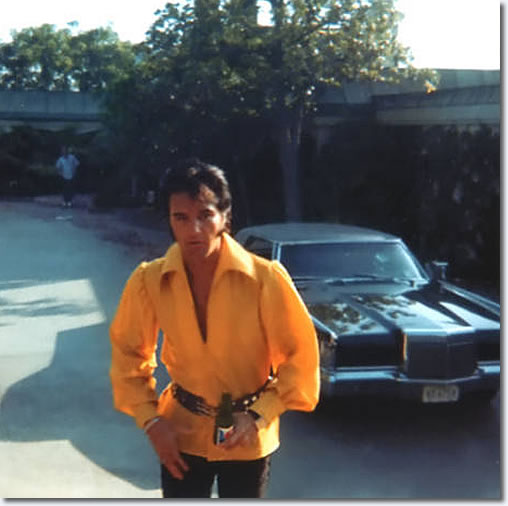 Elvis Presley - The Man And His Motorcycles