Sixteen-year-old Priscilla Beaulieu in Wiesbaden, Germany, on March 1, 1960, with a record of Elvis Presley's.

Priscilla, of Austin, Texas, is the daughter of an Air Force captain.

She had been Elvis' steady date for the previous six weeks. Presley was slated to return to the U.S. for discharge the next day after nearly 18 months in Germany. The two would marry May 1, 1967, in Las Vegas. 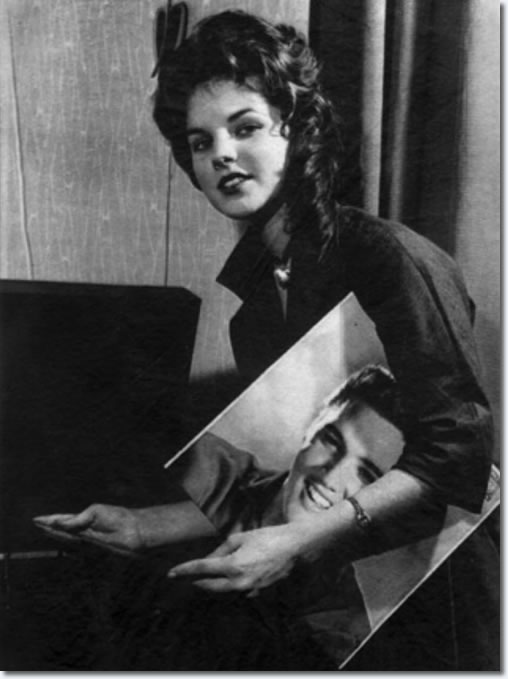