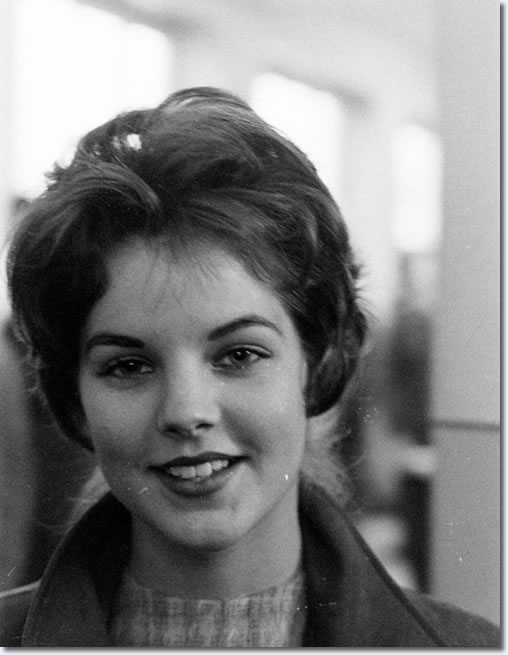 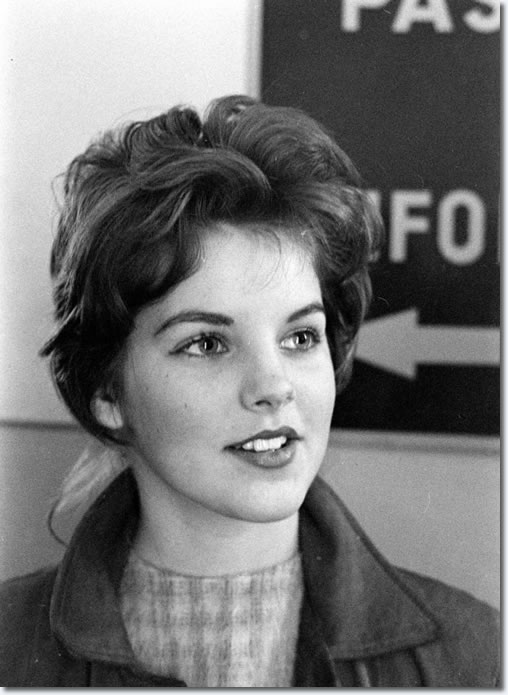 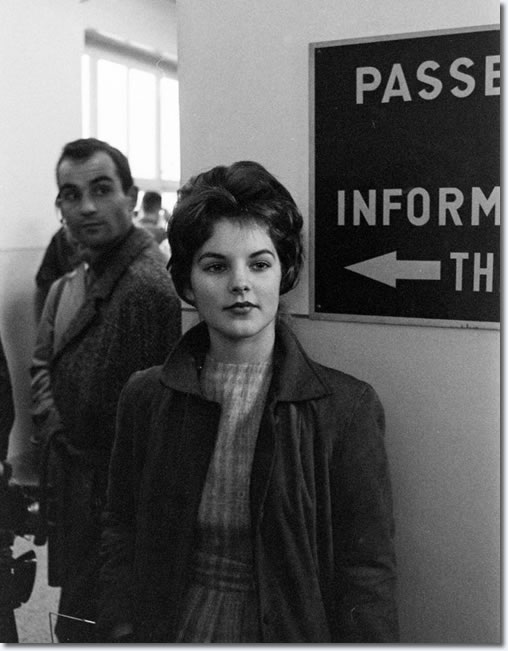 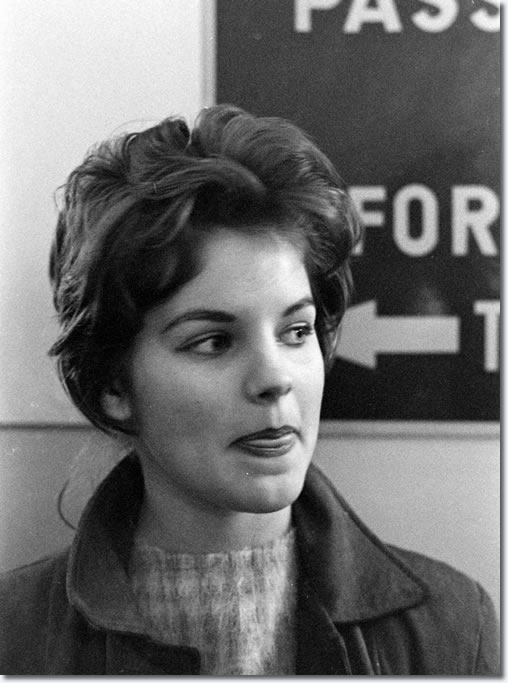 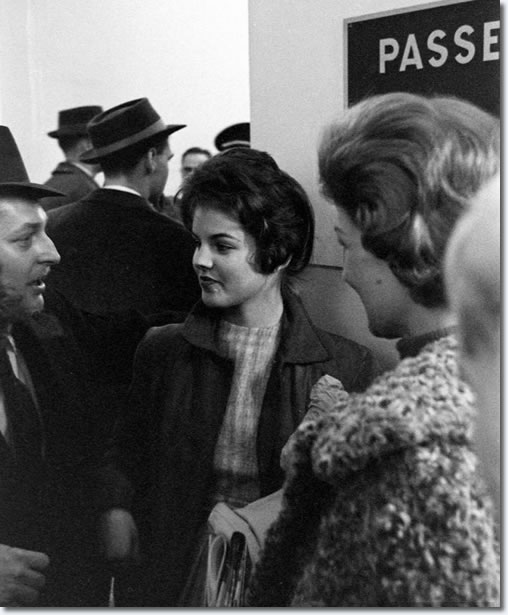 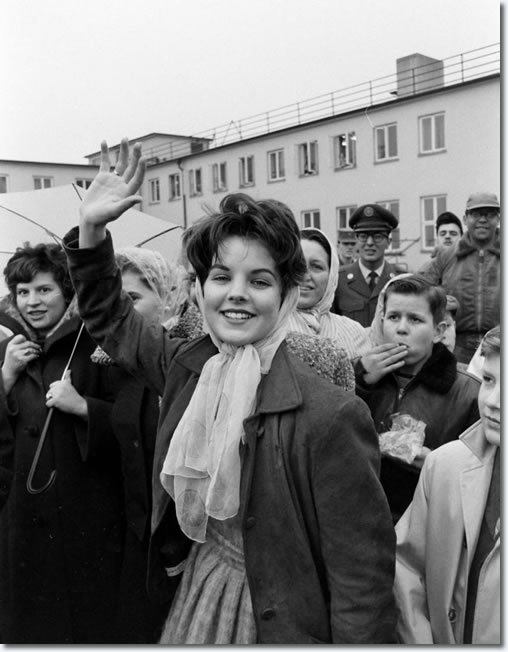 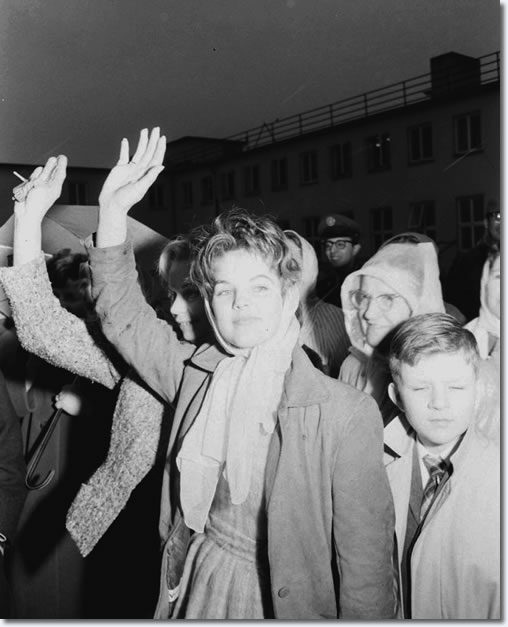 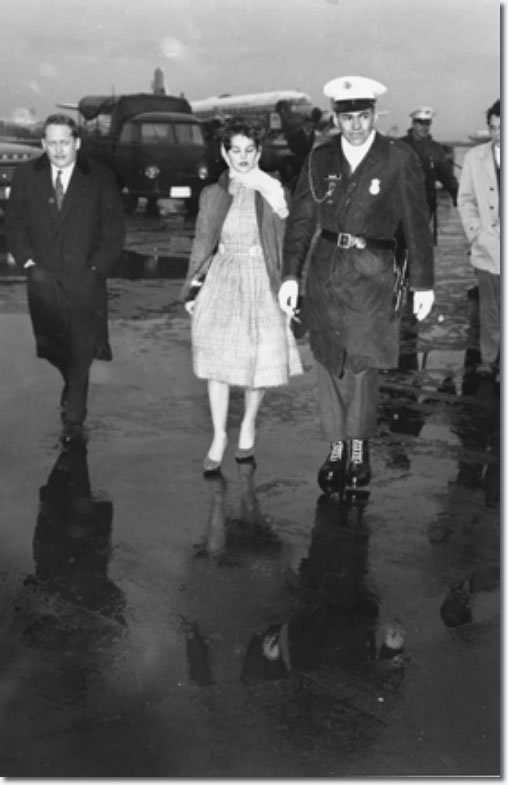 A U.S. military policeman escorts Priscilla Beaulieu, 16, after she broke through a barrier trying to bid her boyfriend Elvis Presley goodbye at Rhine-Main airbase in Frankfurt/Main, Germany, on March 2, 1960.