Elvis Presley in the U.S. Army 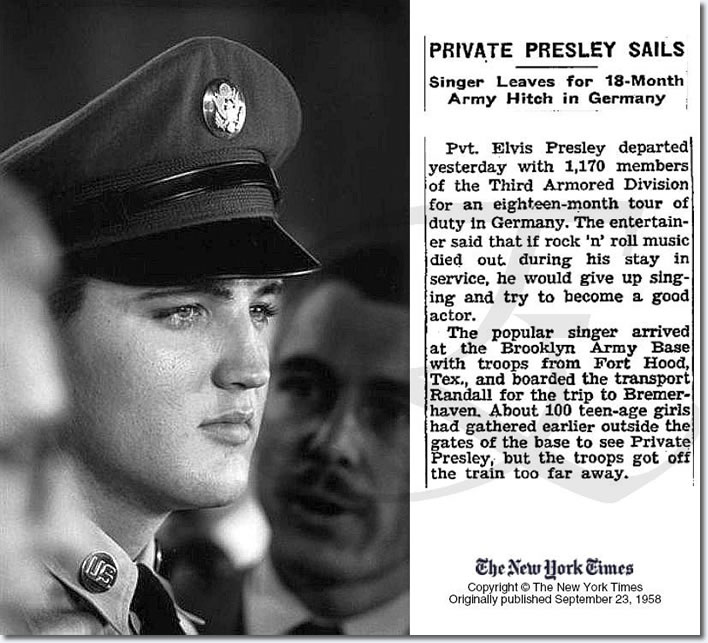 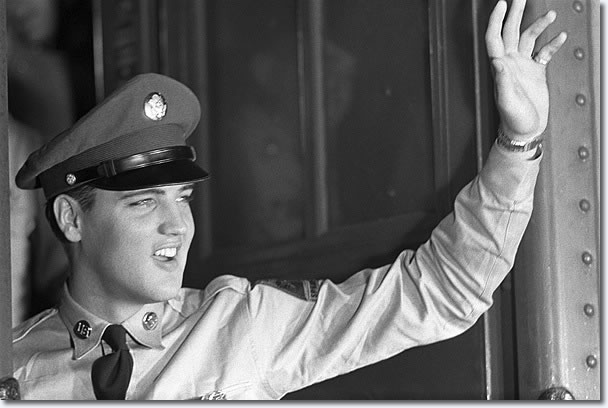 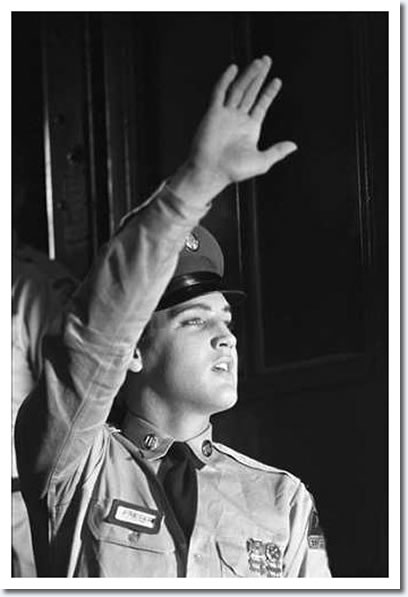 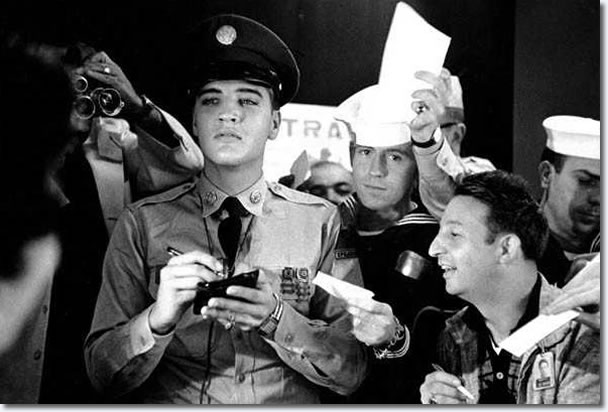 Alfred Wertheimer: After he held forth in a press conference, supervised by this general in civilian clothes who would never leave his side because he was basking in the publicity Elvis was getting now from about 250 media people, television and magazines and still photography.

They were also using Elvis at the time for recruitment, so you also had these recruiting posters behind Elvis holding forth at the press conference which lasted approximately an hour. Then eventually Elvis did get onto the boat. See, what always interests me is the process. It's not the fact that he left for Germany and then was gone for a year and a half or so and then he met Priscilla over there as a 14 year old kid. What's interesting is, the story goes out that Elvis is being treated no different than any other soldier. And of course, Colonel Parker is there that day, his manager, and Elvis is holding forth at this press conference. 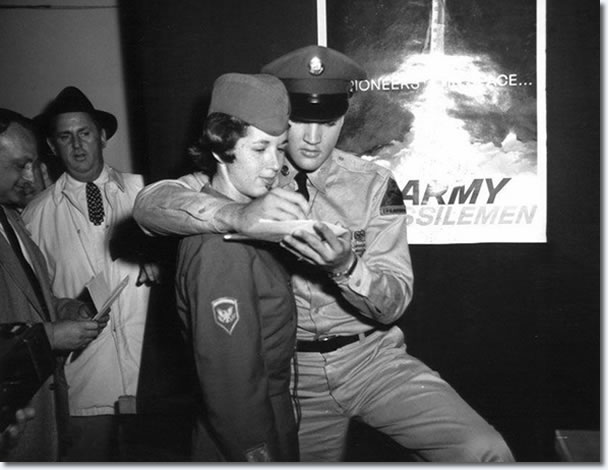 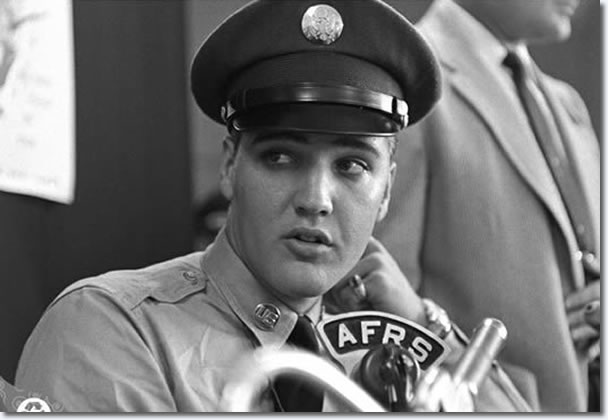 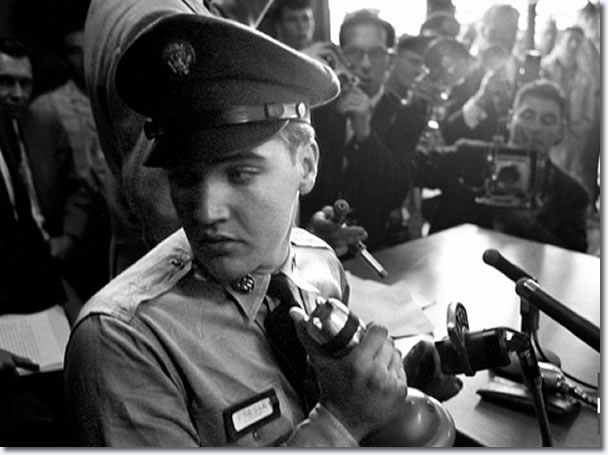 Alfred Wertheimer : Elvis held forth with a half-hour press conference.

Who but Col. Parker could have arranged this?

He probably worked out a deal with the Army brass, because Elvis stood in front of big 'Join the Army' posters. 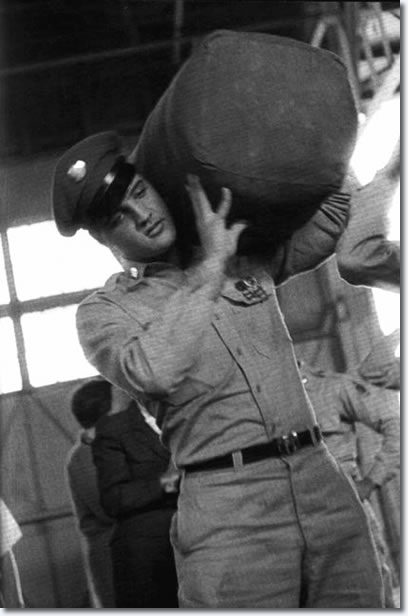 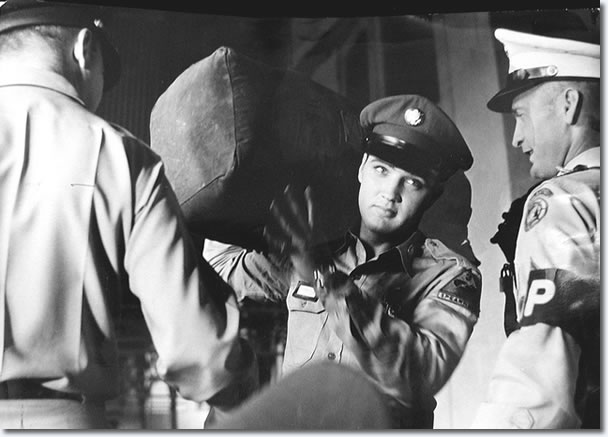 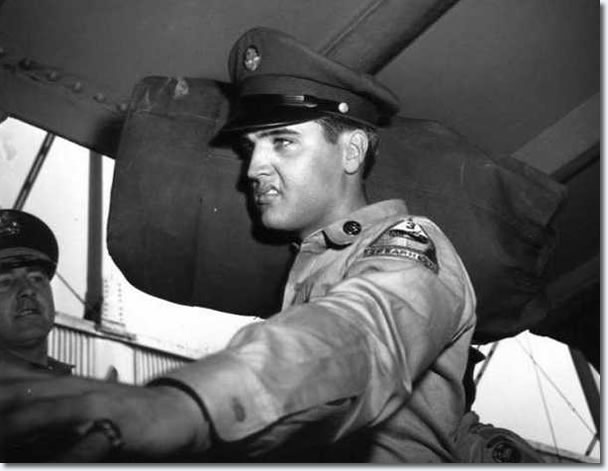 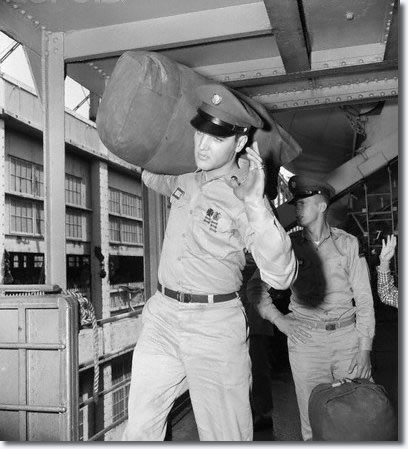 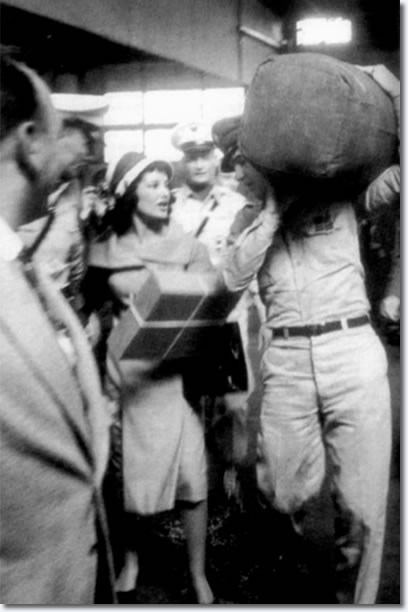 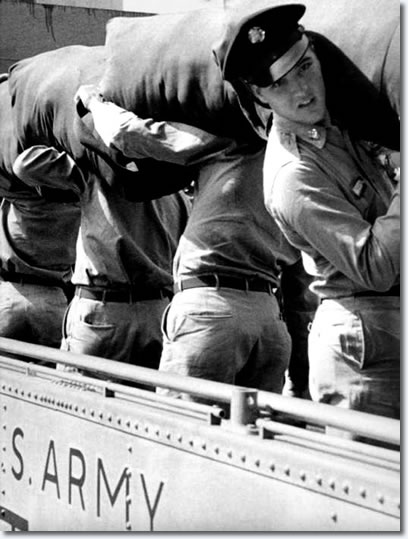 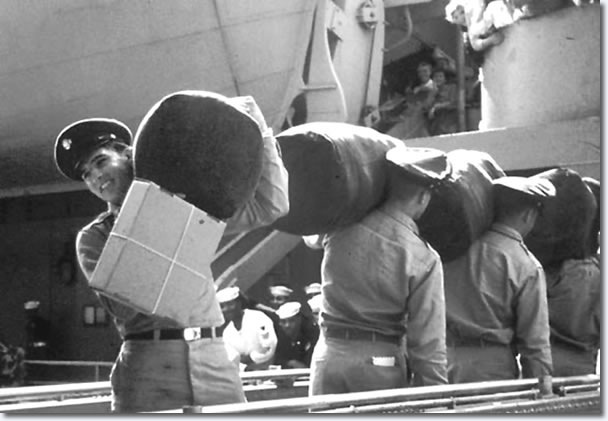 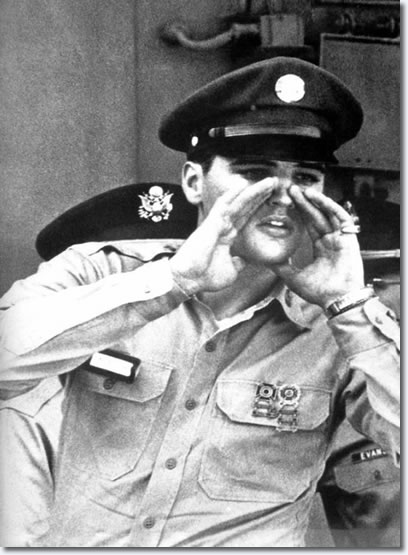 Two weeks before my birthday in 1958, we sailed out of New York harbor aboard the venerable USS General George M. Randall, headed for Bremerhaven, West Germany. Every bit of the trip was a new adventure. Leaving New York, an escort of fire boats sprayed a misty salute to the Randall as she passed the Statue of Liberty. It would be more than forty years until I saw the Statue again.

Neither of my parents had ever been on a ship before. For us, me and my siblings, it was the ultimate adventure.Oh, there had been some hubbub that morning around Brooklyn Army Depot from whence we had departed. For some reason, the press was paying particular attention to one of the soldiers who was also travelling to Germany aboard the Randall; a recent draftee from Mississippi whose name was Elvis Aron Presley. The significance of this was mostly, but entirely lost on me.

I was more interested in the ship itself and our new home in Germany than anything else. But throughout the voyage, there throngs of other passengers constantly surrounding Pvt. Presley. And, I’m told, he played the piano during the ship’s variety show one night. (I recall the show, but not Elvis specifically).

We arrived at Bremerhaven on schedule–on my birthday.

If the significance of the presence of our fellow passenger the young one from Mississippi had not impressed me before, it certainly did as the ship docked at Bremerhaven. That’s a childhood memory I’ll never forget!