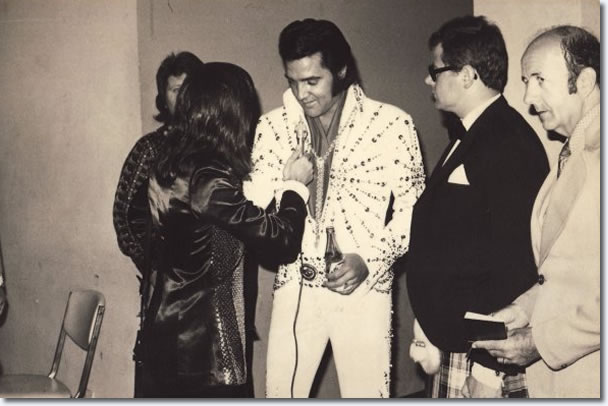 Tony Prince (born 9 May 1944) is a British radio disc jockey and businessman, remembered for his programmes on Radio Caroline and Radio Luxembourg in the 1960s and 1970s.

He was born in Oldham, Lancashire, and worked as a jockey and toolmaker as well as performing in local band The Jasons. In 1962 he started working as a club DJ, and moved to Bristol to work for the Top Rank chain. He also presented an early ITV pop music programme, Discs-a-Gogo.

In 1965 he joined the pirate radio station Radio Caroline North, based on a ship in the Irish Sea, developing his personality as 'your royal ruler'. During a brief period on Radio Caroline South he reportedly taught Emperor Rosko's mynah bird some bad language whilst the Emperor was on shore leave.

After the banning of pirate radio through the 1967 Marine Offences Act, he joined Radio Luxembourg, which to British pop music fans provided the only alternative to BBC Radio 1. He continued to present regular programmes at Luxembourg, after becoming programme director there in 1977.

That year, he was the first European DJ to play Elvis Presley songs non-stop, upon hearing about the singer's death in the late hours of August 16. He remained their programme director until 1984.

This recording starts at 10.41pm and you get to hear the last few songs of Mark Wesley doing a chart rundown. The first sign that anything has happened comes at 10.52pm when Wesley tells listeners to stand by for an important announcement. At 11pm Mark Wesley reads the news and announces Elvis' death, and then it's the Tony Prince show. Prince, close to tears at times, devotes his entire show to Elvis, finishing at 3.45am. Unfortunately this recording only captures the first hour.