It was while watching Billy Ward and The Dominoes in Las Vegas that Elvis first saw Jackie Wilson, a member of the group at that time, perform. Elvis talks about Jackie in glowing terms during the famed 'Million Dollar Quartet Session' at Sun Studios on December 4, 1956. 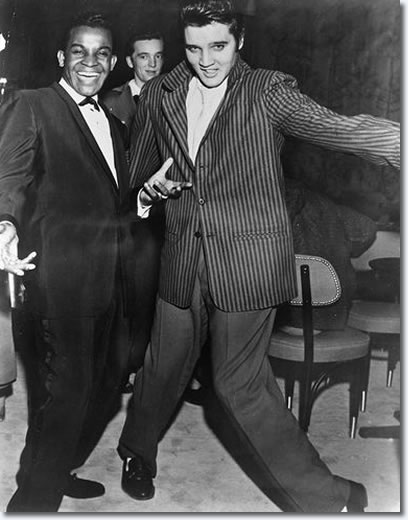 Billy Ward (of Billy Ward and The Dominoes) and Elvis Presley.