Elvis packs away his military uniform 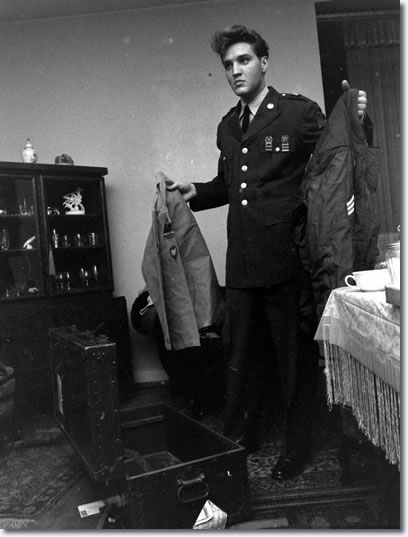 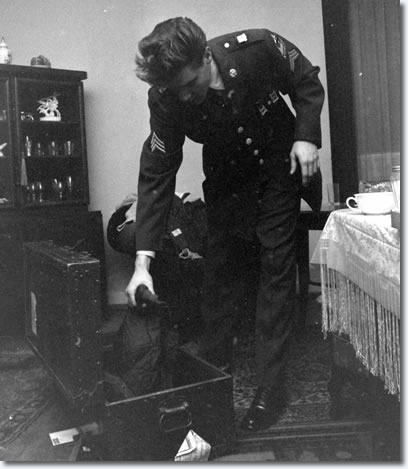 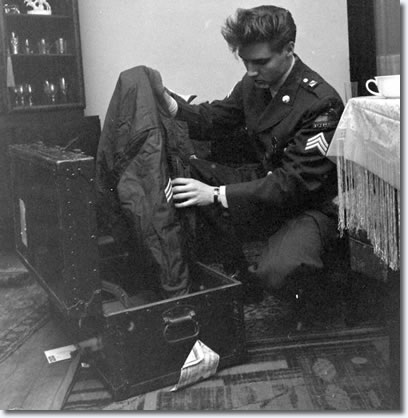 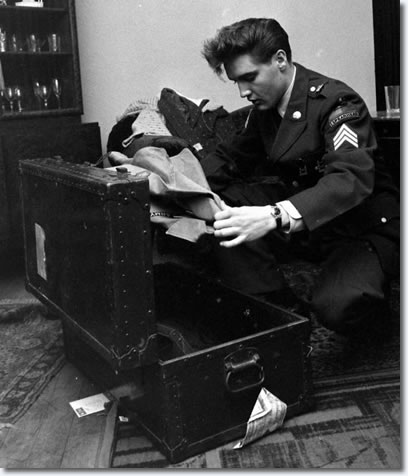 'I'll be in trouble tomorrow for talking to you' he told the Mr Hopkirk. Elvis was wearing his uniform with two rows of medals and swelled with pride as he held up the citation he had received from the army earlier that day. It read :'Awarded to 53310761 Sergeant Elvis A. Presley in recognition of faithful and efficient performance of duty and for outstanding service to the US Army, A.D. 1960'. Elvis then went on to say 'Hardly anyone knows about her, she's only sixteen (fourteen), but she's very mature, and intelligent. I think she's the most beautiful girl I've ever seen. I've dated plenty of girls while I've been here, both German and Americian, but Priscilla's definitely the sharpest of them. Serious? I think I've said enough already'. 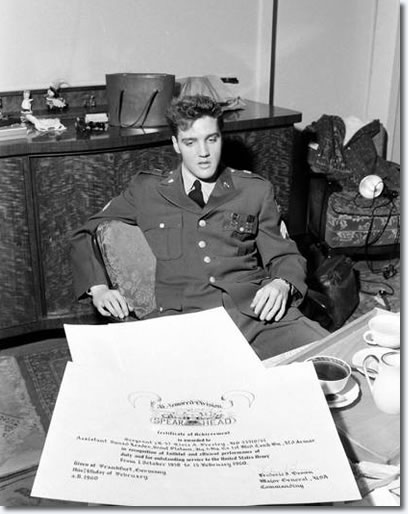 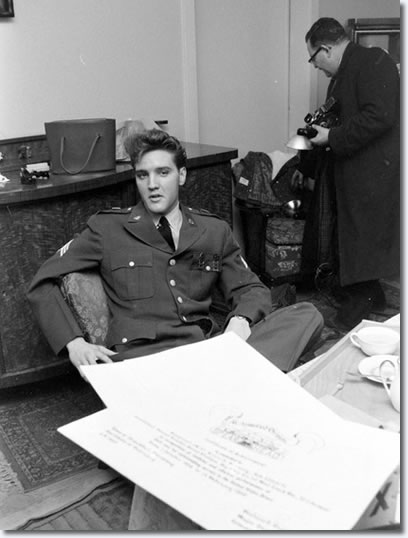 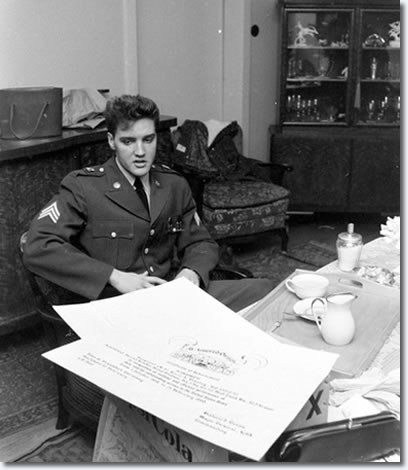 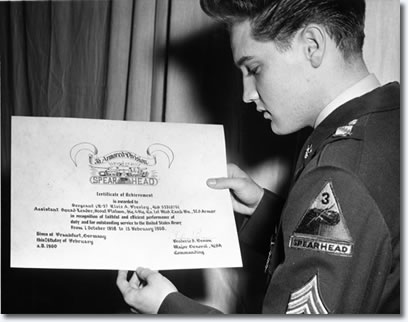 Elvis Presley holding the certificate of achievement that the Army presented to him upon his honorable discharge in February of 1960.

Elvis in the U.S. Army in colour

Elvis Presley and his BMW 507 in Germany